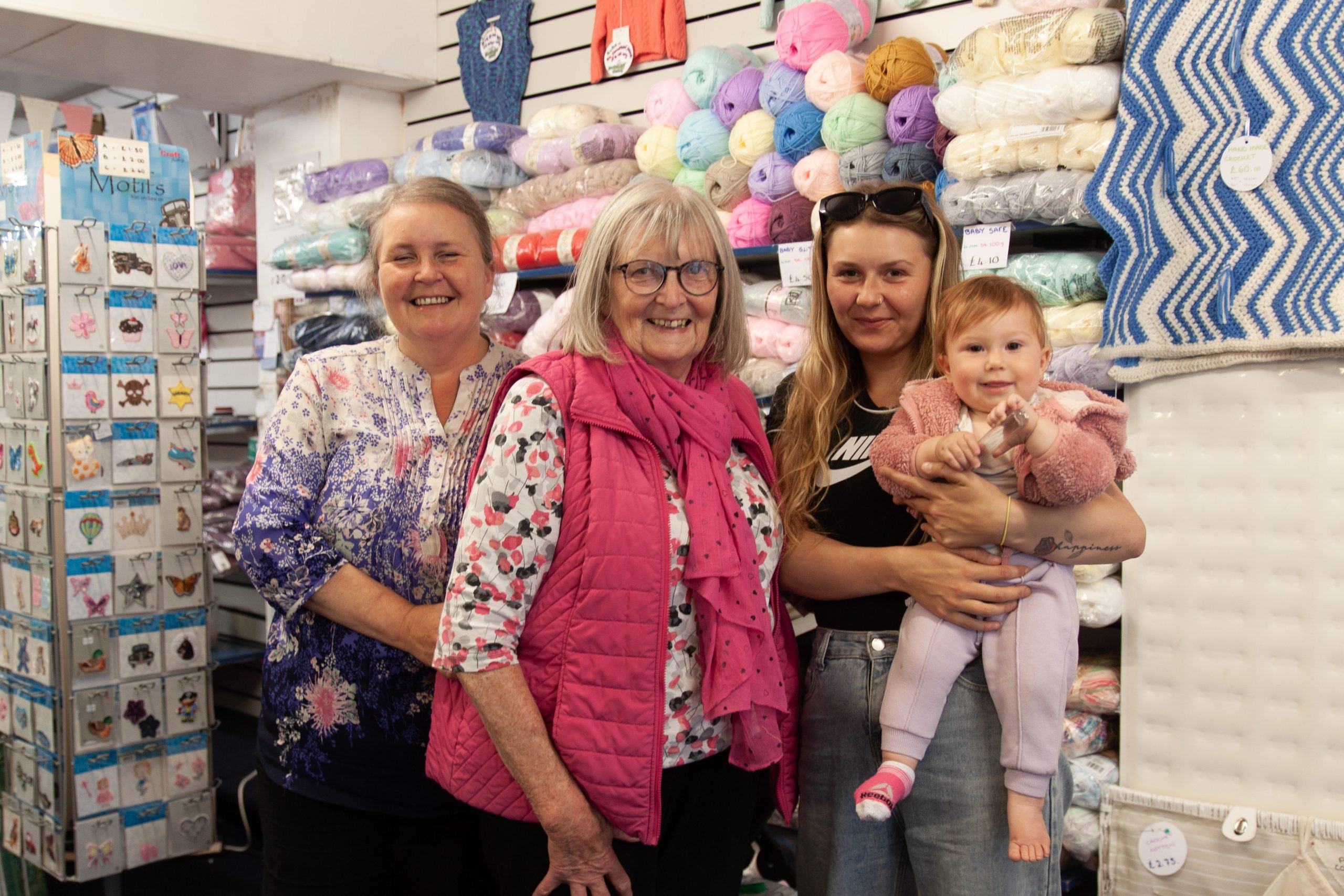 With the addition of Laxey and Port Erin to the “ten years on” project, we now have over 300 comparisons of shops and their workers in the project which began in 2011 in Peel recording all businesses and many shop owners and workers. This feels now like a really substantial project that is already of great interest in bringing awareness of the economic and social changes that are taking place on the Island. It’s also now an impressive starting point from which hopefully it can be extended both laterally to include more towns and villages and longitudinally to be repeated again in another ten years and beyond. The value and interest can only increase over time.

Laxey and Port Erin were both added in the summer of 2022 and comparisons made with ten years earlier. I was again impressed, (and relieved!), by the friendliness of all the people I encountered during the fieldwork. My visits are almost always unexpected, which helps with the objective to capture a real snapshot of life, just as it is, and also keeps the costs much lower than they would be if appointments were to be made with everyone in advance. I’m always surprised how willing people are to stop their work for a few moments to be photographed. Yes there’s an element of pride in their work and their business that they are eager to be recorded in this way, but it is also a disruption to their work that I don’t underestimate. Often the first person I speak to will want to gather together colleagues to be in the photograph, sometimes for moral support, but also to more fully represent the business and its workers. On occasion my first contact will suggest that the owner or manager of the business should be the one in the photograph, but it’s not my aim that all the businesses should be represented by the boss. To capture a real and representative picture of working life, the front line workers are equally important for this project.

In many businesses I had the privilege to capture the same person as in 2012. This is always a special moment when I arrive on premises to find someone I recognise and try to persuade them to repeat the photograph. No-one believes it has already been ten years since my last visit. In Port Erin there was a notably higher number of the same people I re-encountered, no less than 20 if we include, in one instance, the same customer on both occasions, that’s almost a quarter!

It’s also great to observe the changes that take place: almost one-third of businesses in Port Erin were new in the last ten years and a quarter in Laxey. It’s hard to be definitive about trends, but there does seem to be a noticeable, and perhaps not surprising, shift towards health/leisure and eating-out establishments. Similarly where businesses have disappeared, there’s a wide variation in business-type and reasons for closing, but there is some evidence of a shift from high street to online activity: banks and betting shops have disappeared completely from two of the three towns and villages included in the project, with just one bank now remaining in Port Erin; one estate agent has also changed to online-only activity in recent times.

The highlights for me in this work are always the most-human moments: I photographed Olga working in Age Concern in 2012 at age 86. Perhaps already the oldest worker in the village, who would have thought I’d find her again still working in the same shop (further along the same street) this year? Thank you Olga for agreeing again to be in the project! In the aptly named New Generation in Port Erin, I photographed four generations of the same family. At Bridge Bookshop in Port Erin a babe-in-arms photographed ten years ago, was this year standing at the same height as his mum in the photo. I can’t pretend that repeating the same task over 300 times doesn’t present any moments of tedium, but these real human moments, and there are many more than mentioned here, are when the project really comes to life and its value becomes most apparent.

I’ve also enjoyed seeing the emergence of new kinds of businesses, where sometimes younger, and always enterprising, people are introducing something different to the high street, such as a sustainable high-end restaurant in the form of Pippa Lovell at Versa in Port Erin, and the new chain of cafes and manufacturing of ice cream in Laxey and Dhoon in the form of the Shed, Little Shed, and Frozzd. The Shed is an example too of creative new use of old buildings such as public shelters, which also includes Rushen Heritage Trust and Paddleboards in Port Erin.

Whilst this project obviously documents change over the last ten years, the act of carrying out the photography also brings to light future changes. Several people I photographed were aware that their business would be closing in the near future, sometimes for a positive reason such as retirement or wanting to do something different. But sometimes because of an awareness that their business was not flourishing and its days may be numbered, or sometimes because managers had suspicion that higher authorities may make a decision to close their branch, or essential government support may not continue. These are the delicate moments where, in most cases, people have still shown the grace and generosity to stand for a photograph for me. Some of those businesses that I photographed only a few months ago have now left the high street. It’s in these cases especially where I’m also grateful to the sponsors of the project for enabling the work to be carried out as there is not always an apparent benefit to the business to take part and it needs awareness of the future historical interest of the project to clinch the “deal”.