My week in Peel – ten years on

At the end of October ‘21 I spent a busy and enjoyable week in Peel visiting and photographing all the businesses I could find. People are often surprised to know there are as many as 150 businesses in Peel. And 44 of them are new to Peel since I photographed them 10 years ago. Importantly, we now have a comparison to see who has come and gone. So, how was the experience, and what did I find?

I began the photography with a little apprehension as to whether people would still be as welcoming and happy to participate in the project as they were in 2011. By definition everyone I approach is at work and has a job to do, and I had to ask them to stop what they were  doing and pose for a photograph, something that many people don’t enjoy at the best of times. I needn’t have worried though, nearly everyone was friendly and welcoming, and many went out of their way to be as helpful as possible, and I can count on the thumbs of two hands the number of people who were actively unfriendly. An amazing result that has made the project very successful. Thank you!

The atmosphere around Peel was in fact very upbeat. Many shop windows had been decorated ready for Hop Tu Naa at the end of the week and the pride in the displays and the shops themselves was evident. The Hop tu Naa window dressing competition had evidently attracted a lot of people to the streets, and I saw many families taking part. This is one of the initiatives of the new Peel Traders group that has ideas and enthusiasm and is already putting them into practice. Many shops on Michael Street had their doors open, which also made the shops more welcoming. I discovered this had been an innovation in response to Covid and the new need for well ventilated spaces, but the practice had continued, despite poor weather, as people realised the positive effect on welcoming people through the doors.

As well as the welcoming atmosphere around the town, I do feel there are some green shoots appearing in the shopping area. I think it’s fair to say Michael Street, and Peel more generally, hasn’t had the best of reputations for shopping over the years, but there are some new people doing new things successfully all around the town. Examples include the two new gyms (West Coast Fitness and Crossfit)  at opposite ends of the town, the Promenade kiosk opening into the evenings and in poorer weather, and the unique combination of bicycle repairs and coffee shop in Tyred and Cranky seems a great innovation. The latter had yet to be converted from the old Top to Toe at the time of the photography, but six weeks on is already open and thriving. And food and music is to be combined in the new space on the Quay for the Black Dog Oven, also adding much needed life to evenings in Peel. Our project sponsors Corlett Bolton & Co have also expressed a vote of confidence in Peel and Michael Street by expanding and relocating there from their previous premises on Market Street. The new development on the site of the old gas works, already housing Artreach Studios (who moved from St John’s) and Crossfit is adding life to that area of town and clearly has further potential too. Art sales and workshops have also been boosted in the town with Strooys Gallery near Market Place and Momma Moon’s on Gib Lane.

With this project completing, my thoughts turn to Laxey and Port Erin next year as they will be due their “ten years on” projects, and Port St Mary in 2023. And maybe some new towns/villages would like to get in on the act? Do get in touch if you’d like a project in your town.

It only seems fair to show myself ten years on as well!

Some of the Hop Tu Naa window displays on show during the survey week. 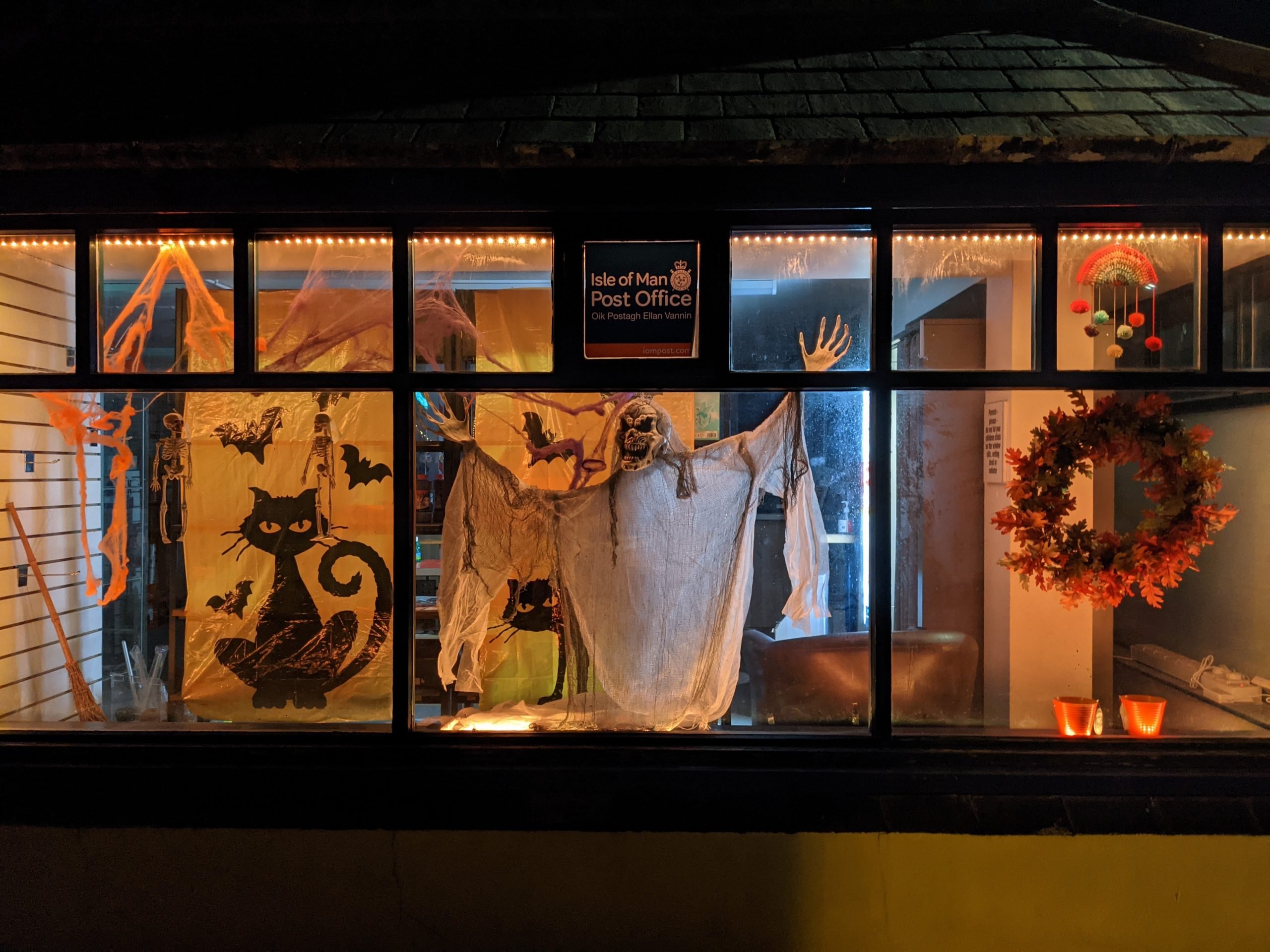 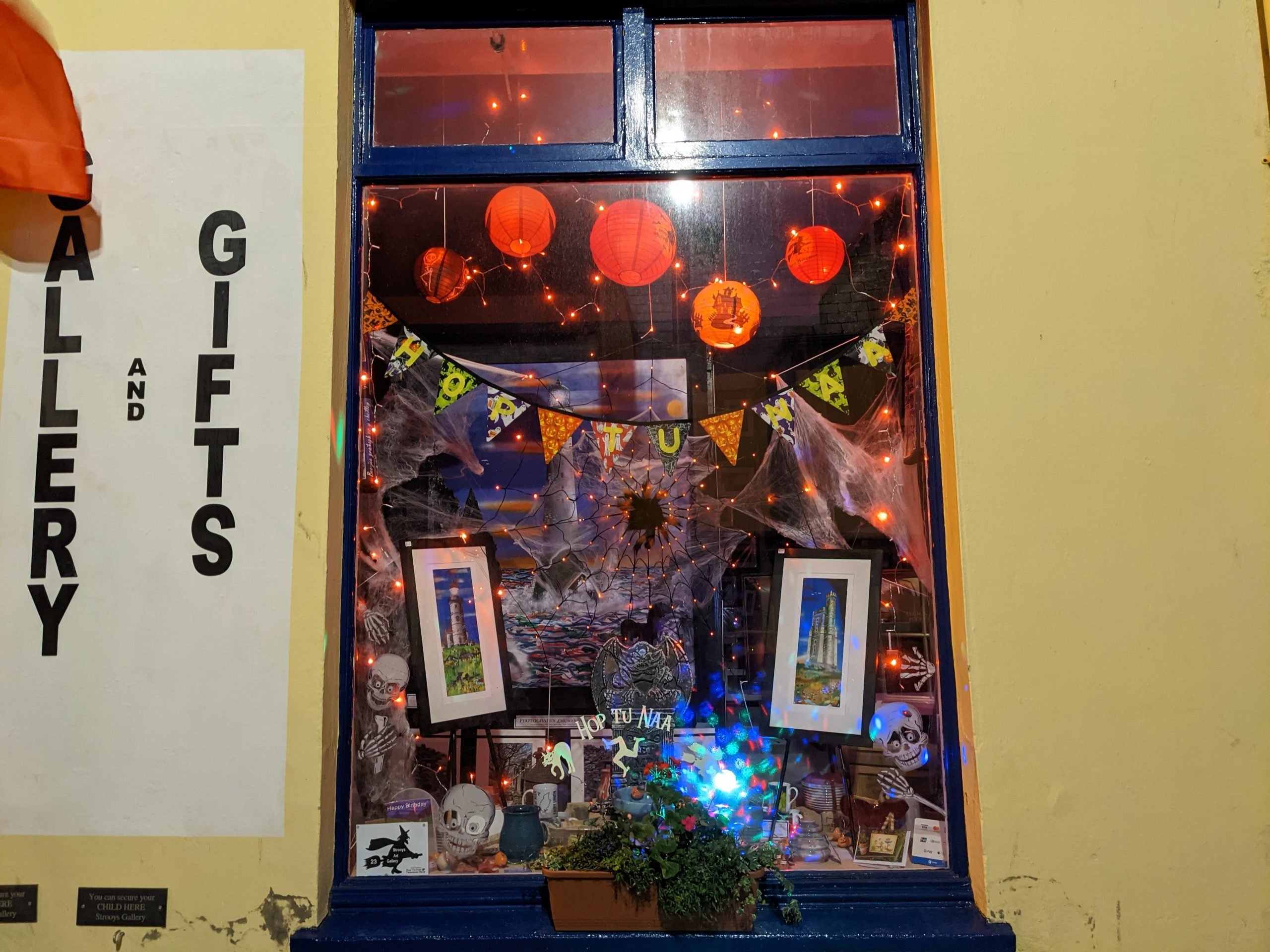 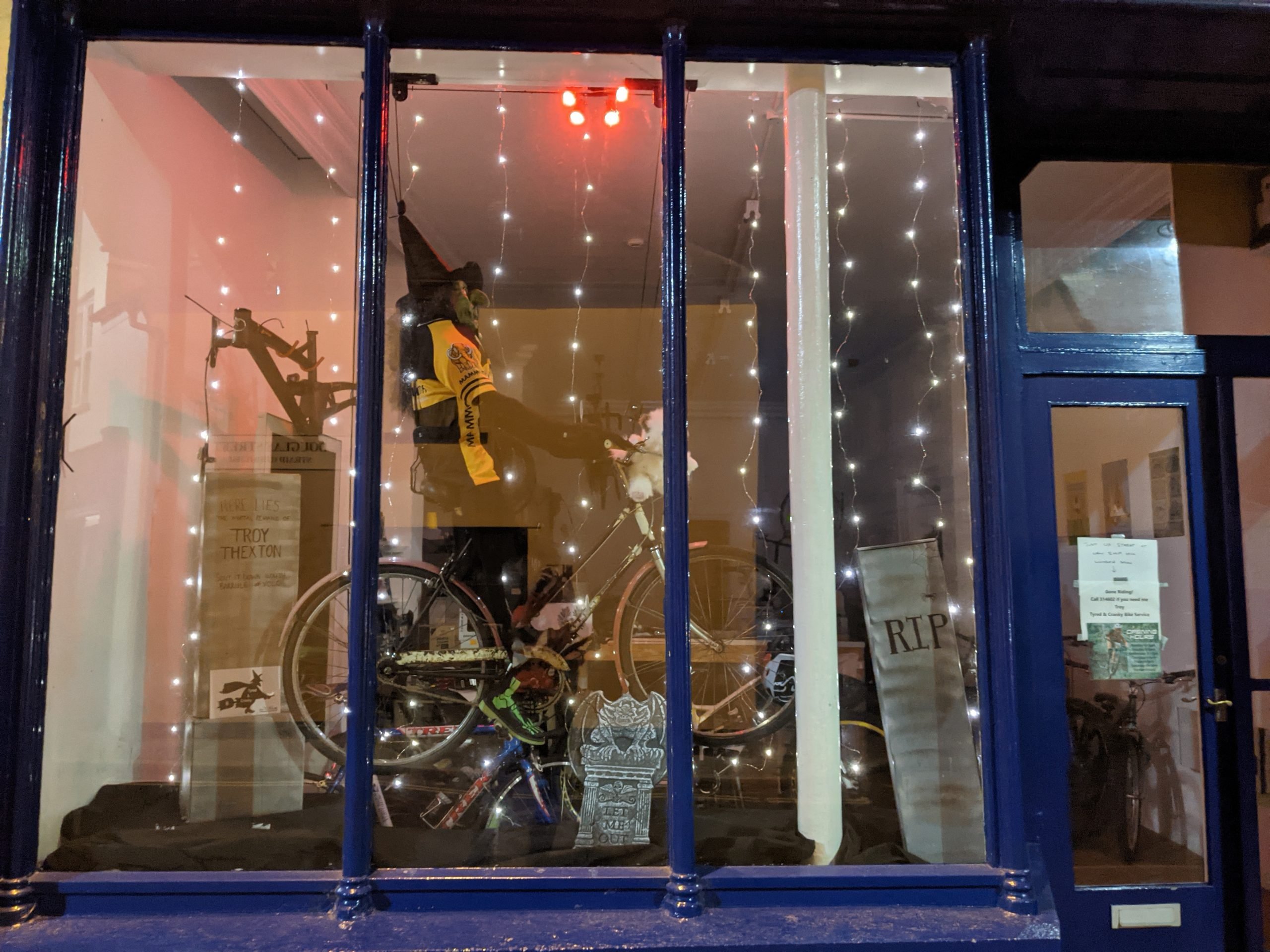 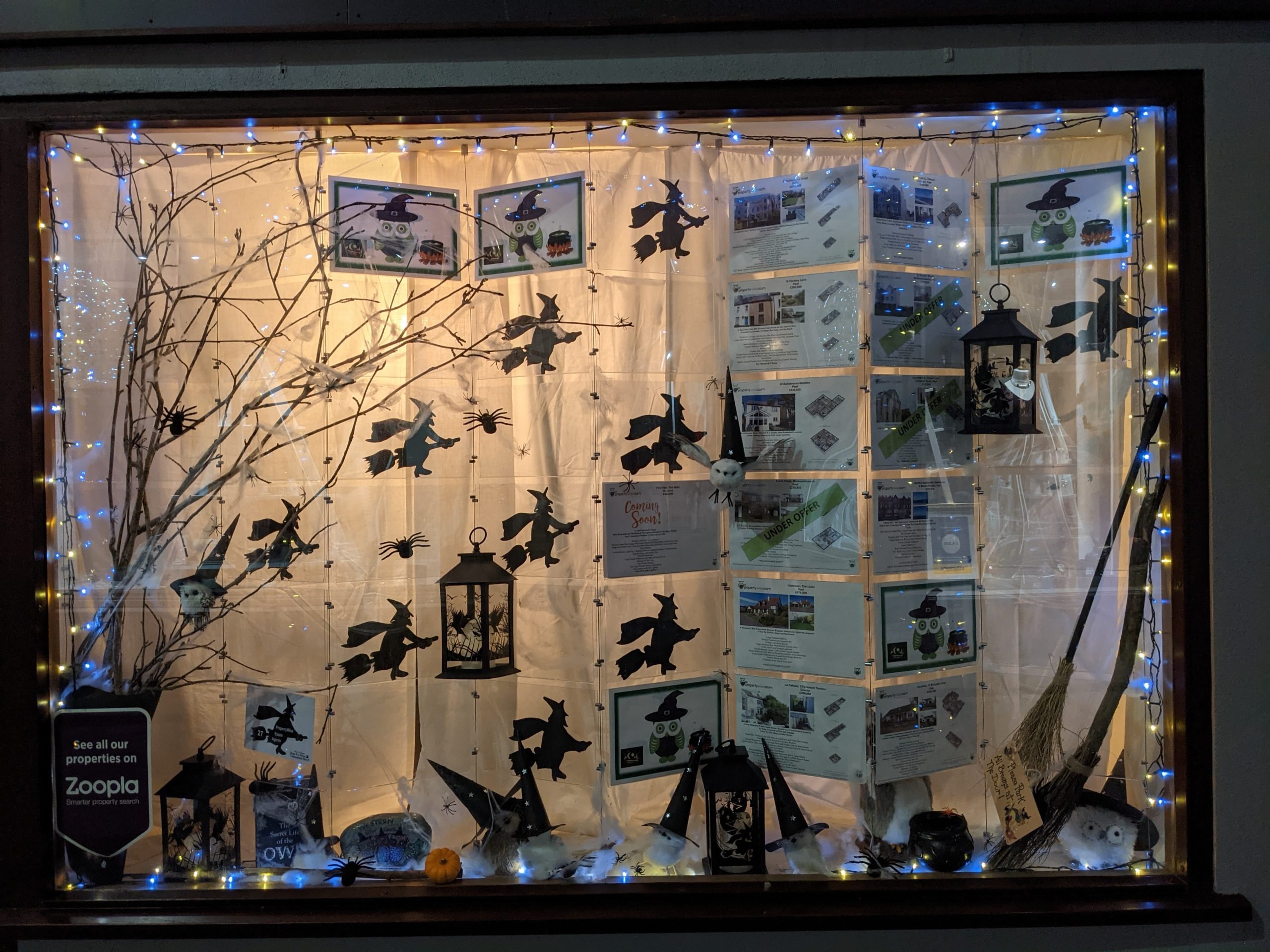 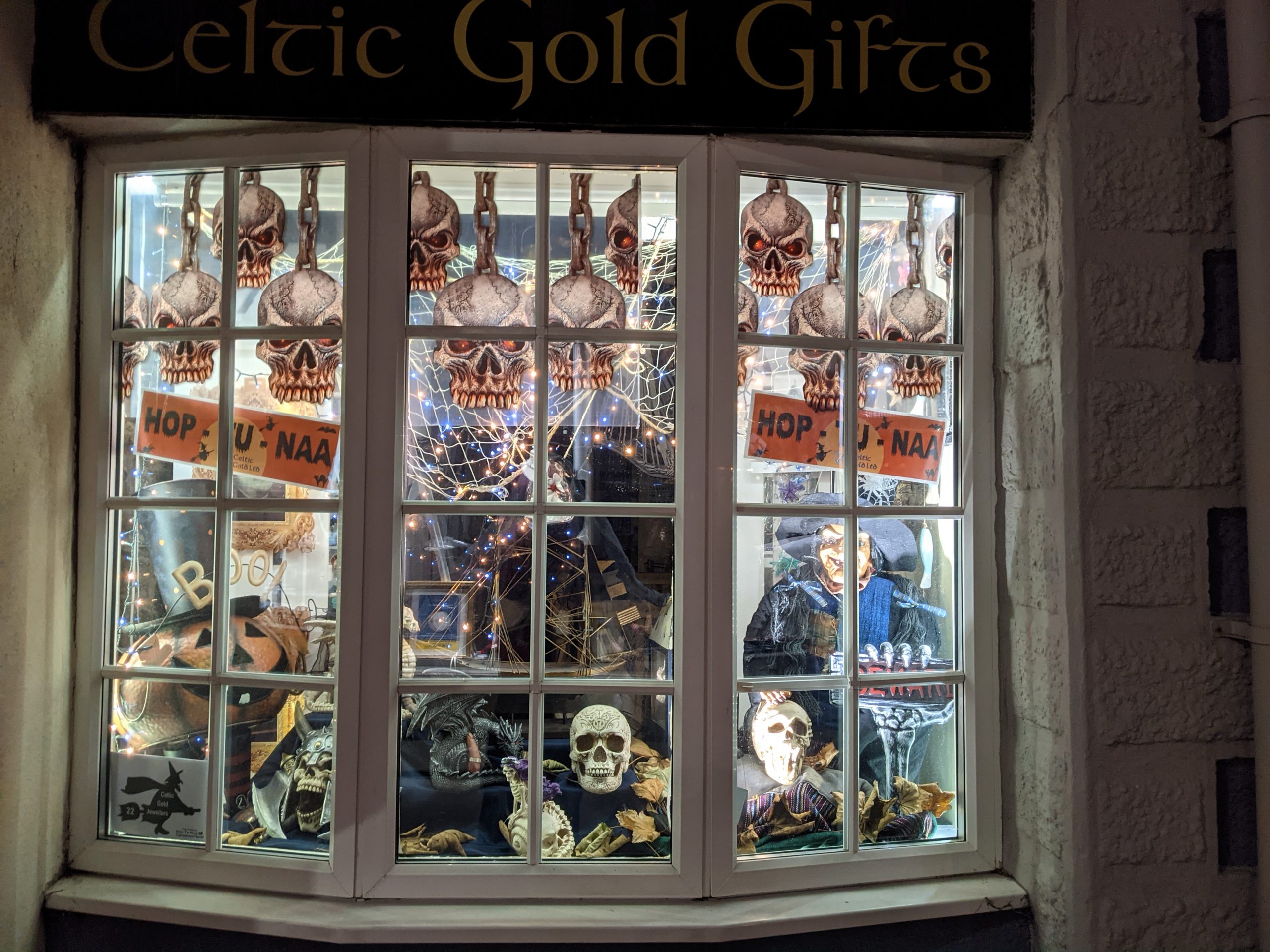 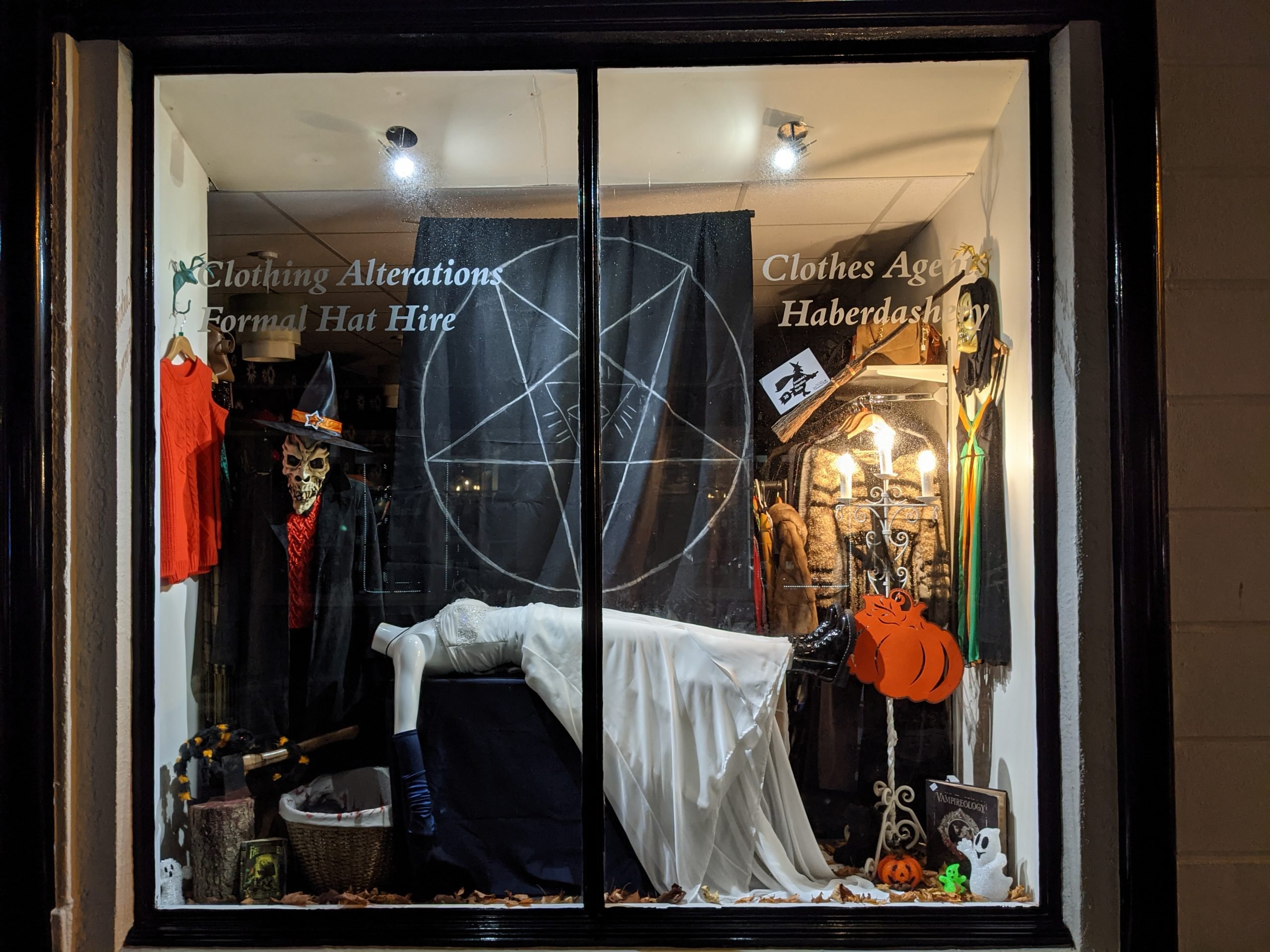 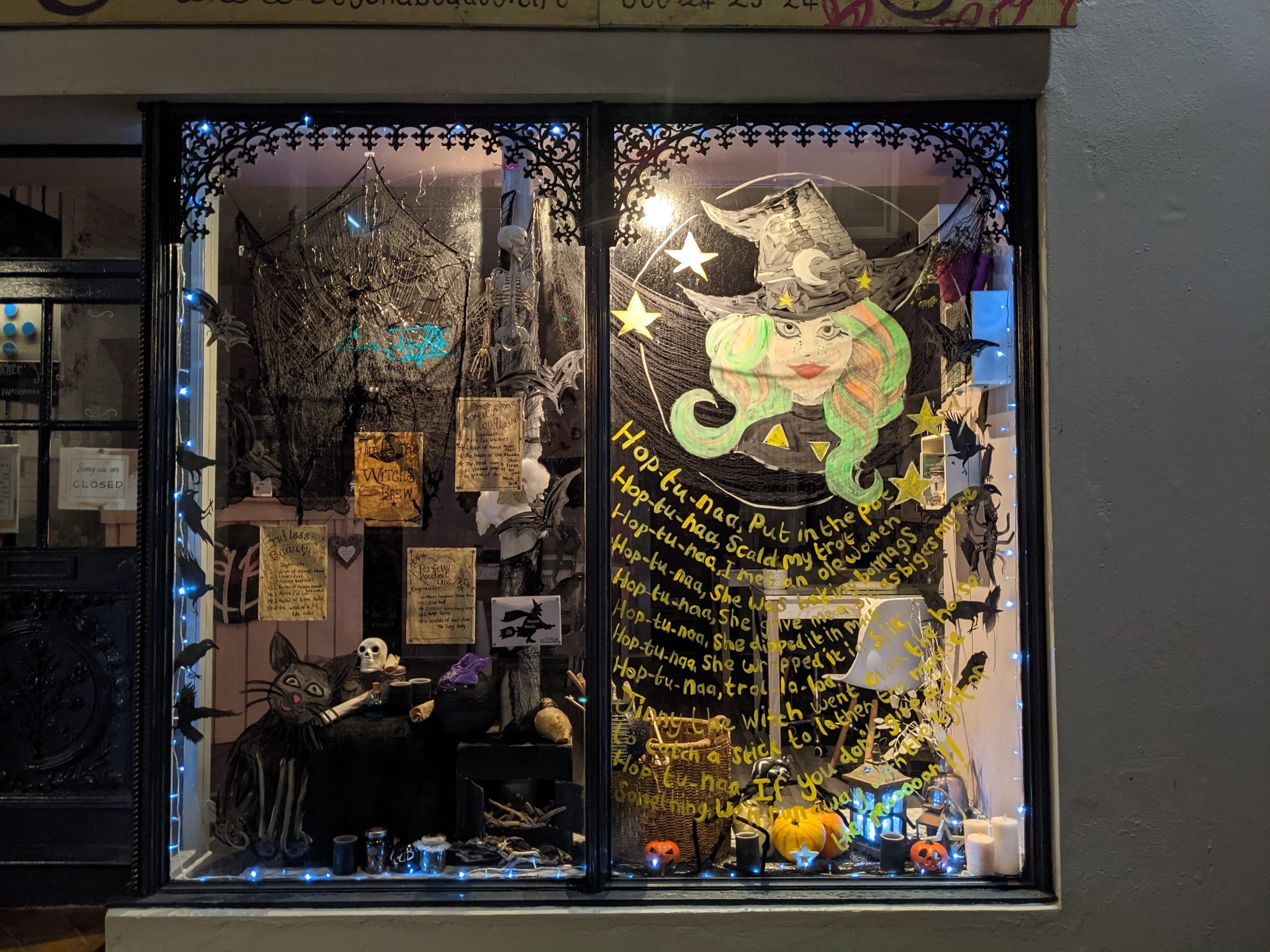 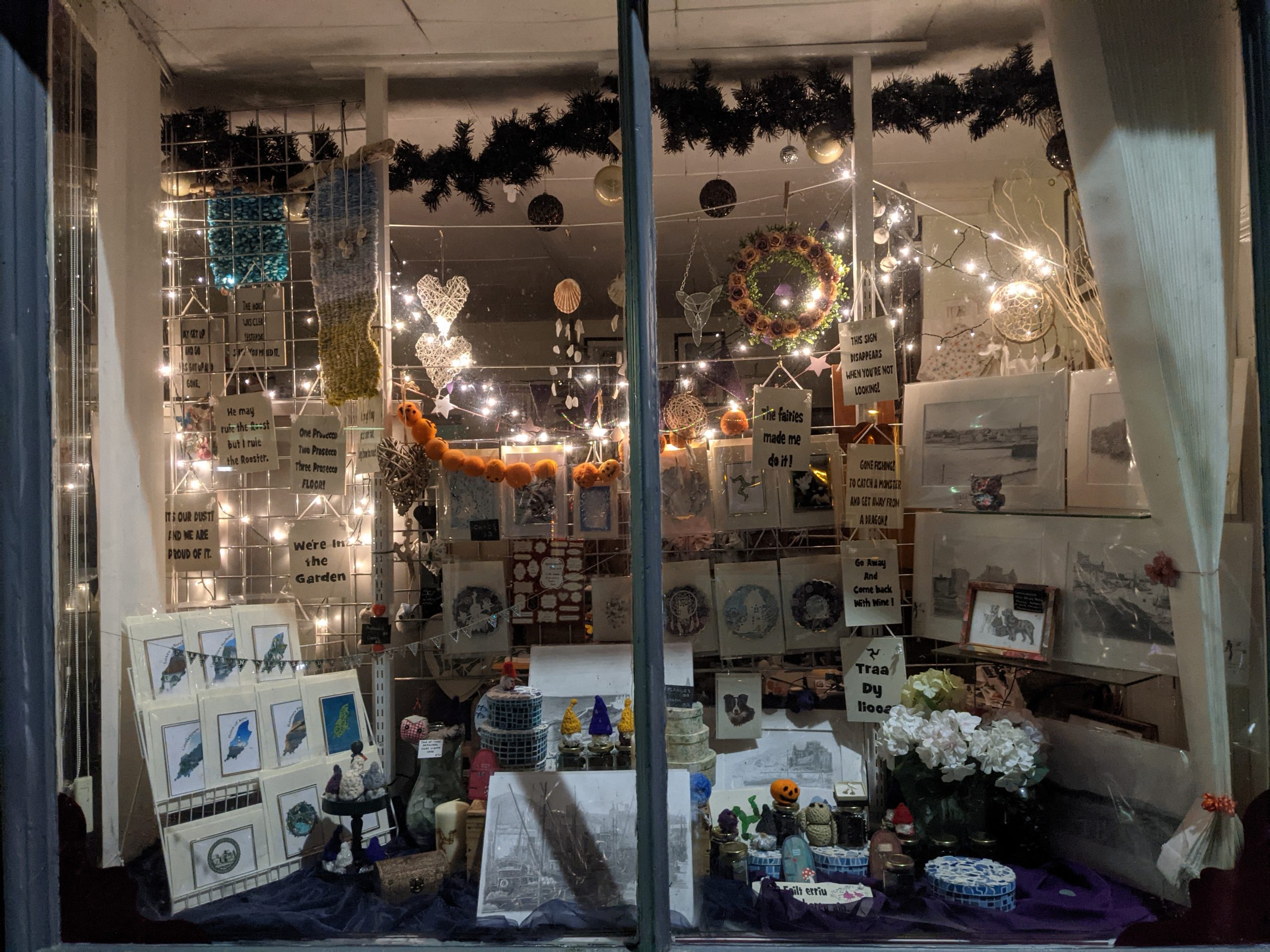 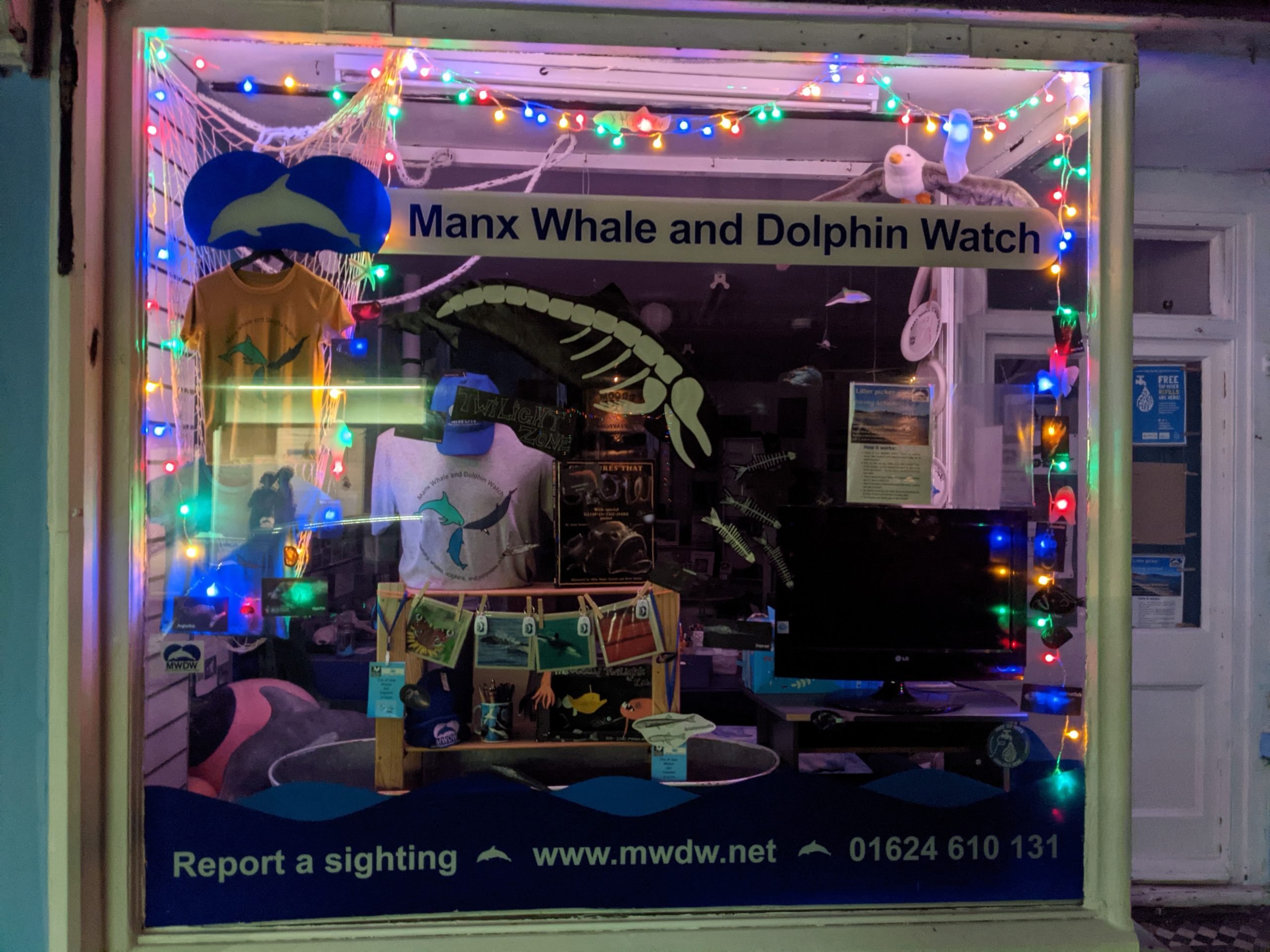 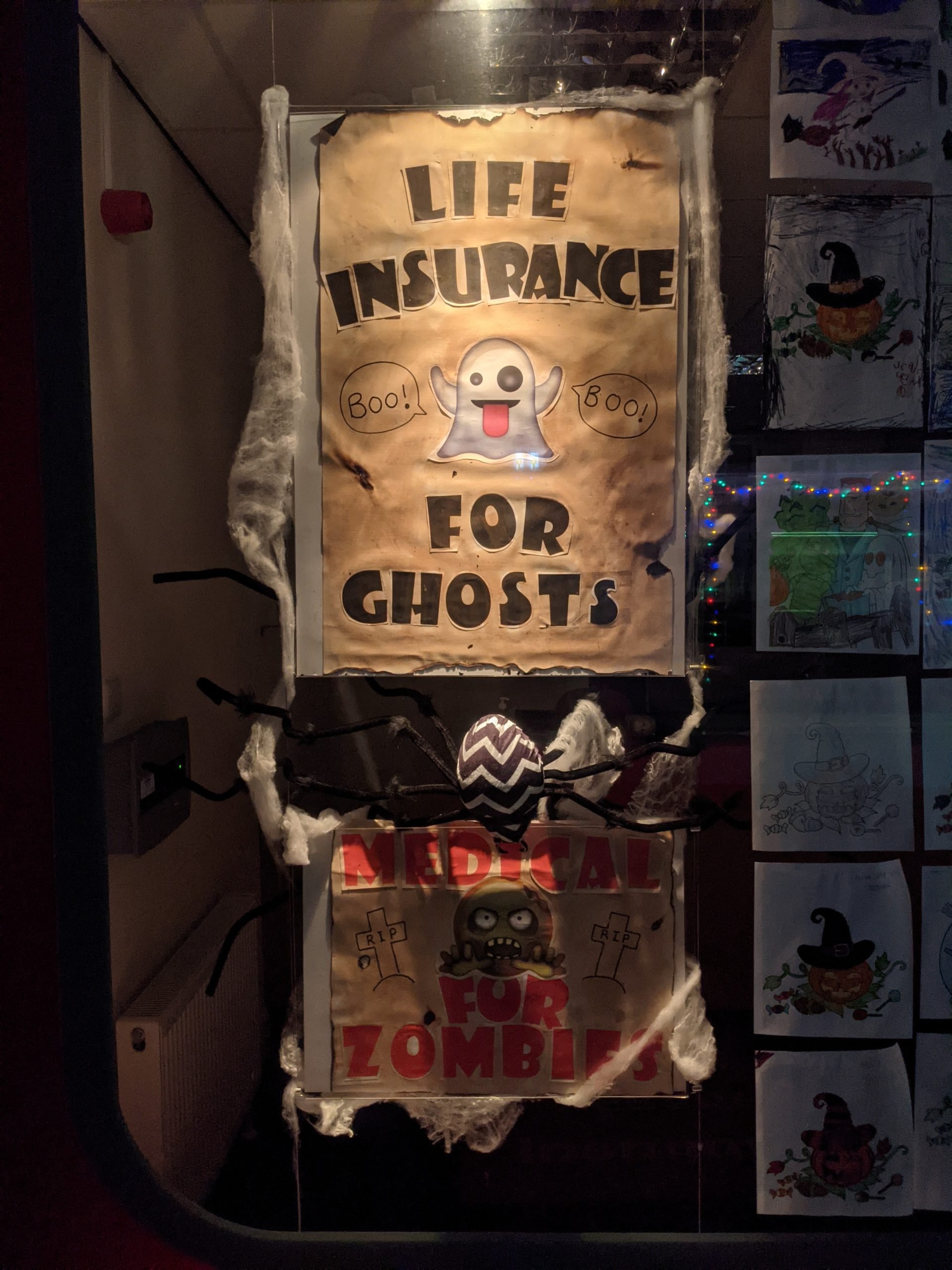 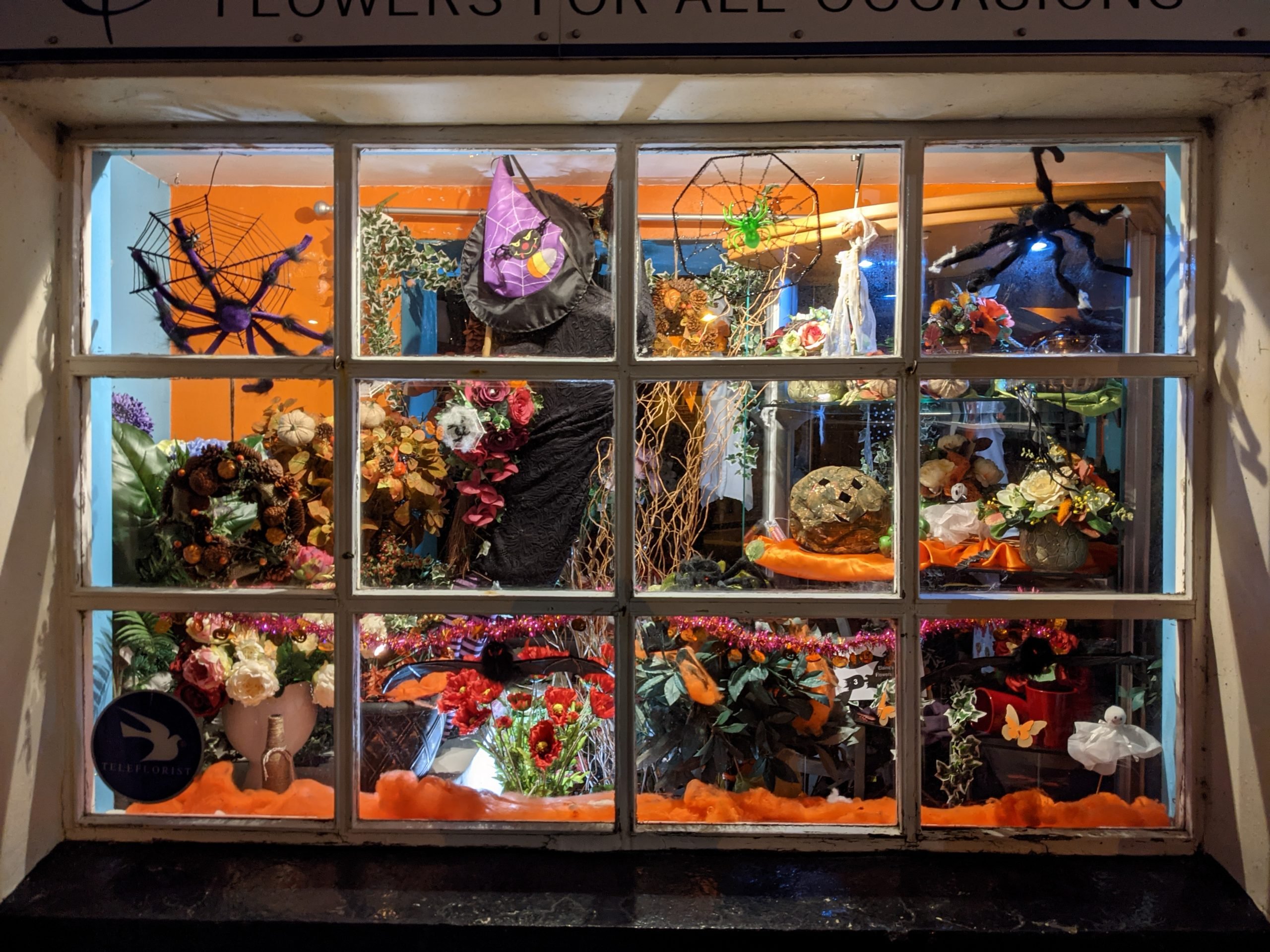 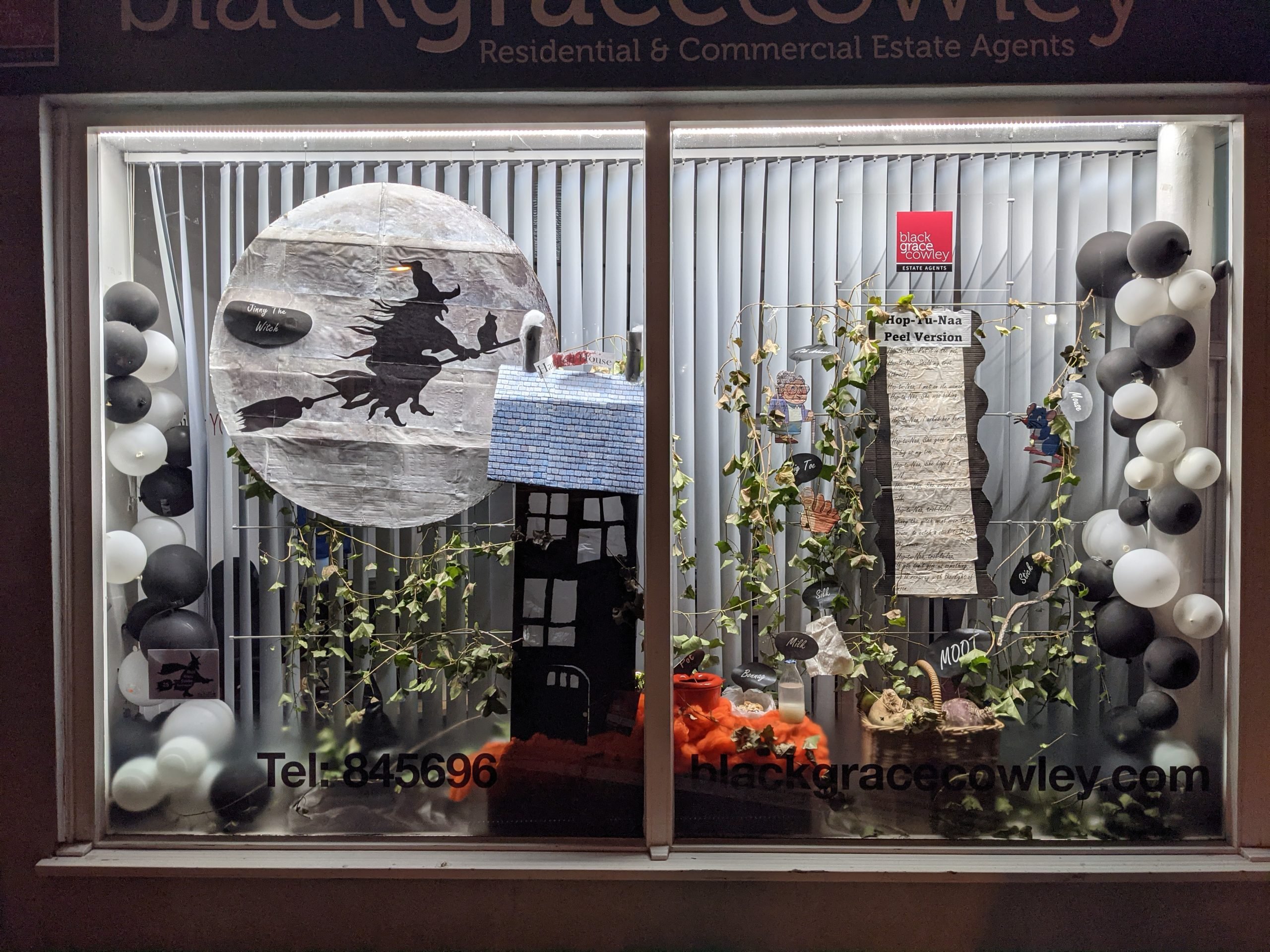 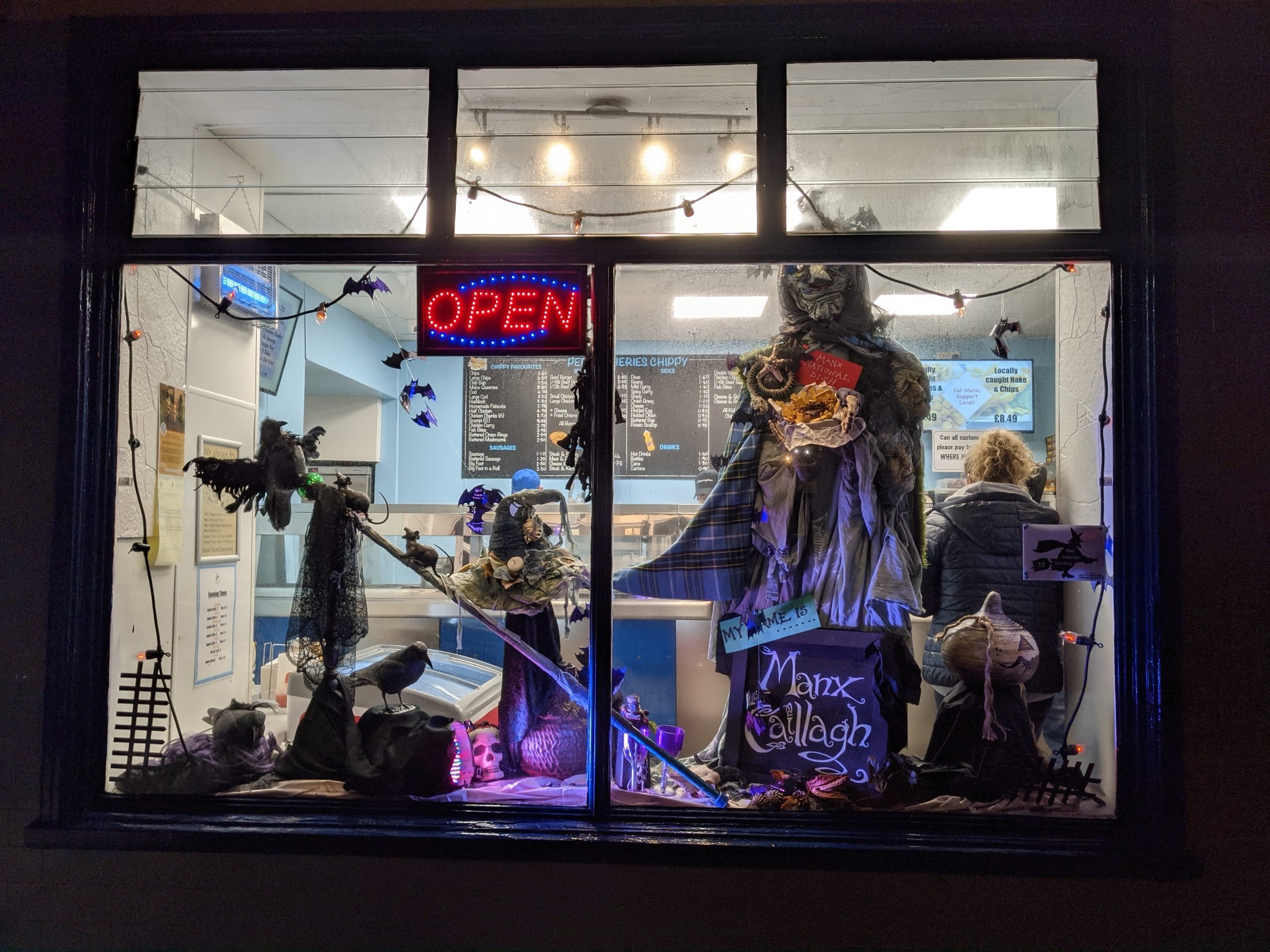 Peel Commissioners’ Firework display and preparations, which took place on the Friday evening at the end of my week. The event is held before the traditional November 5th in order to facilitate use of the breakwater to release the fireworks, which is not possible after the commencement of the fishing season in November. 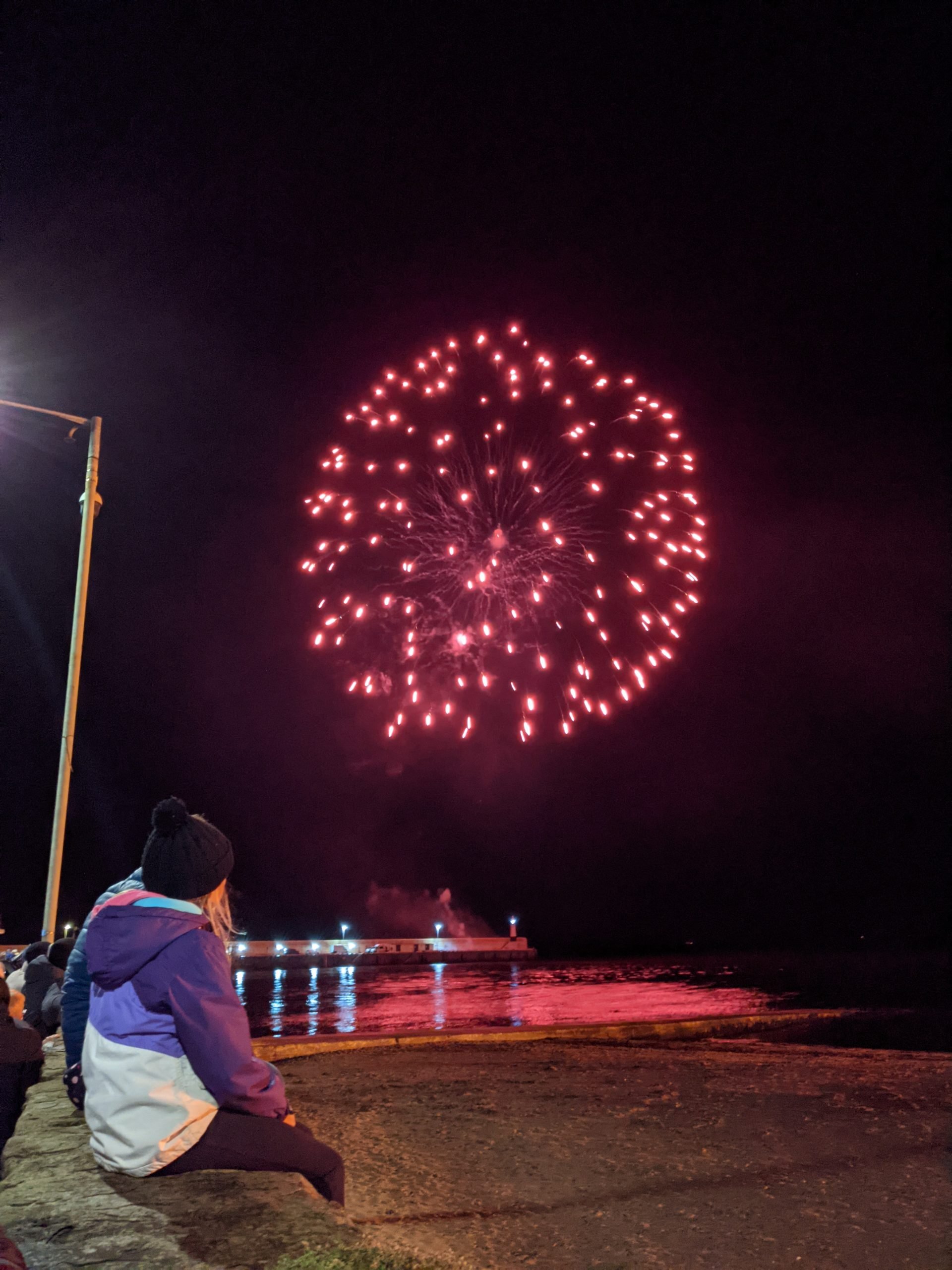 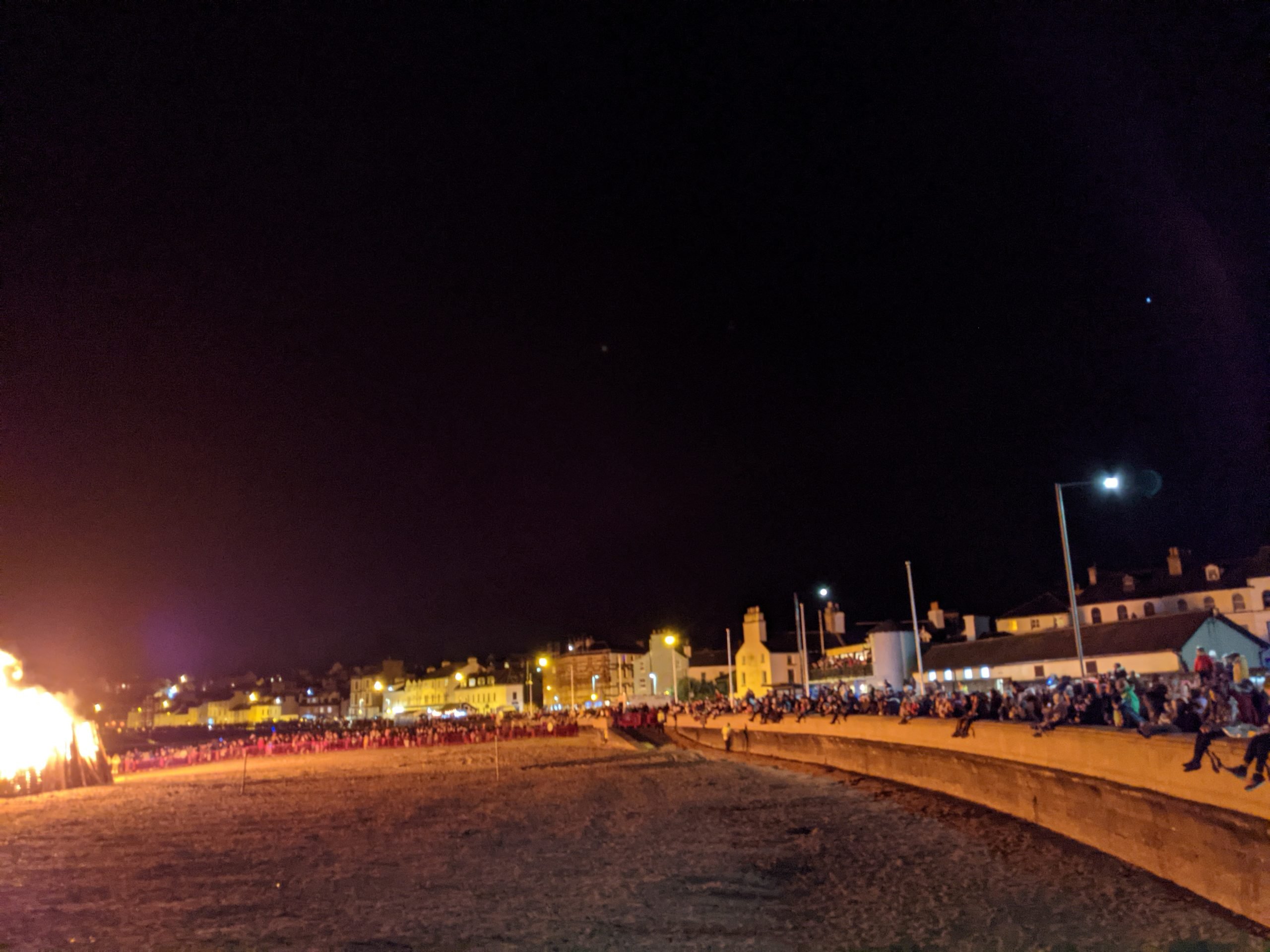 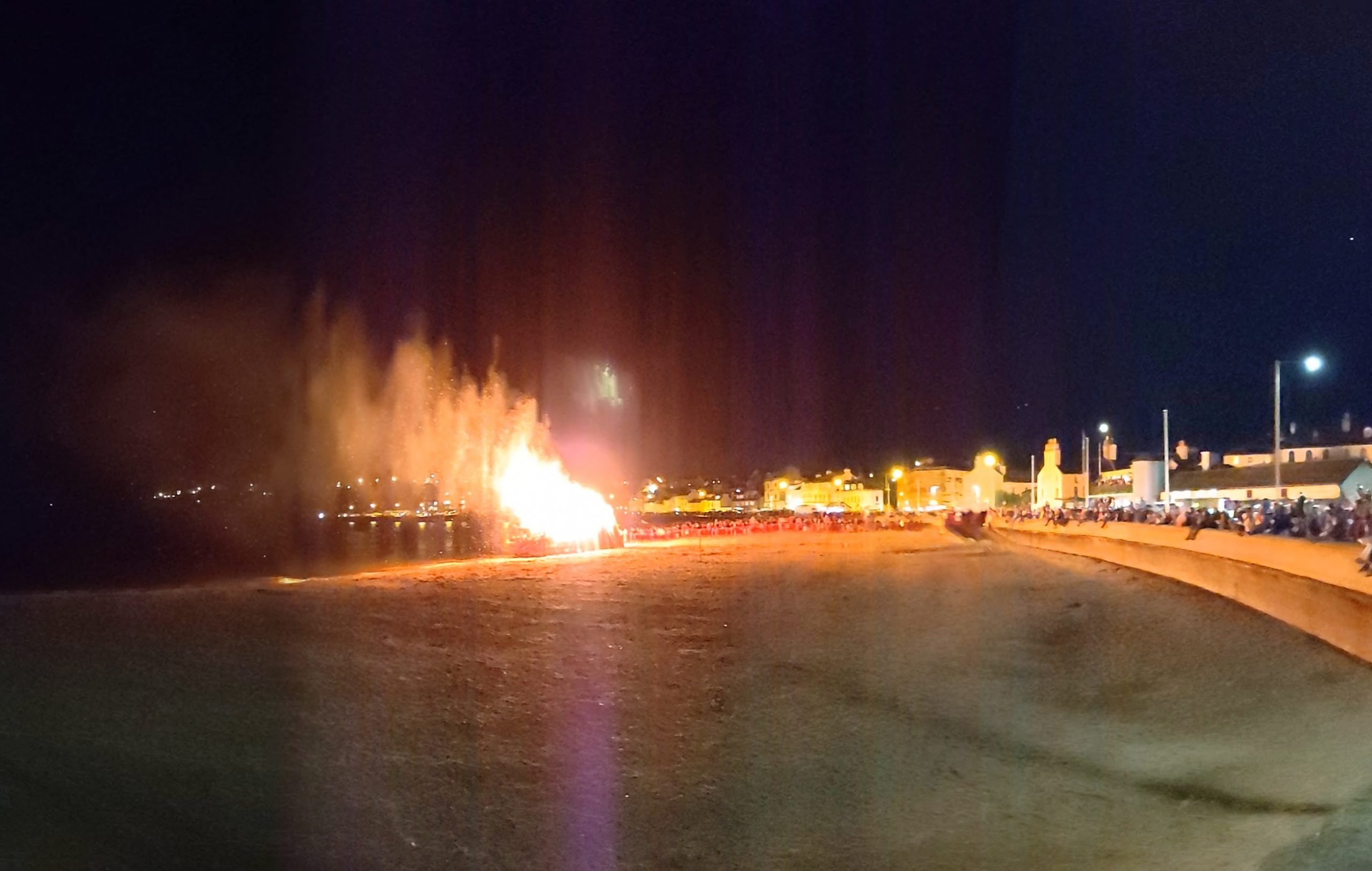 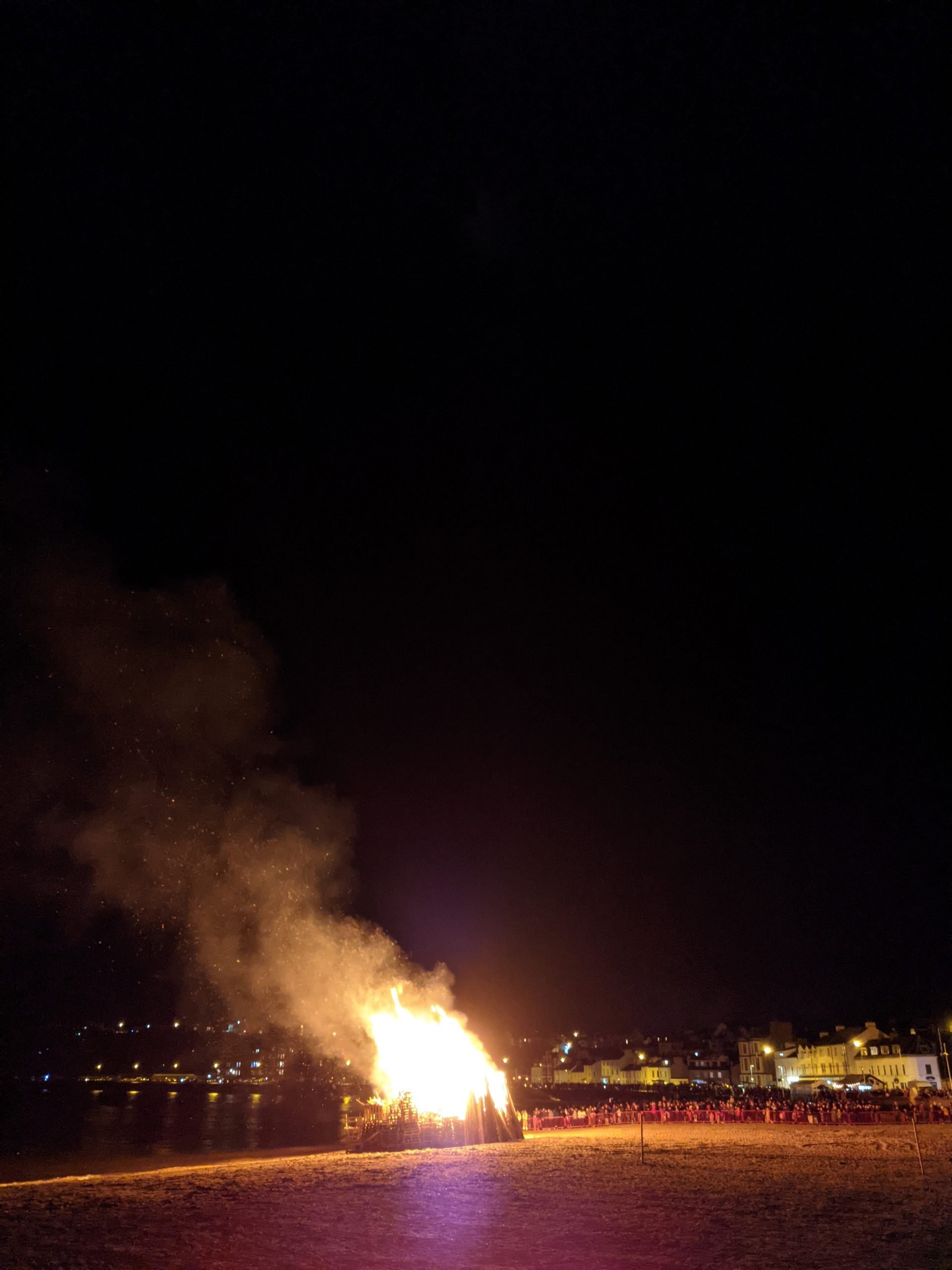 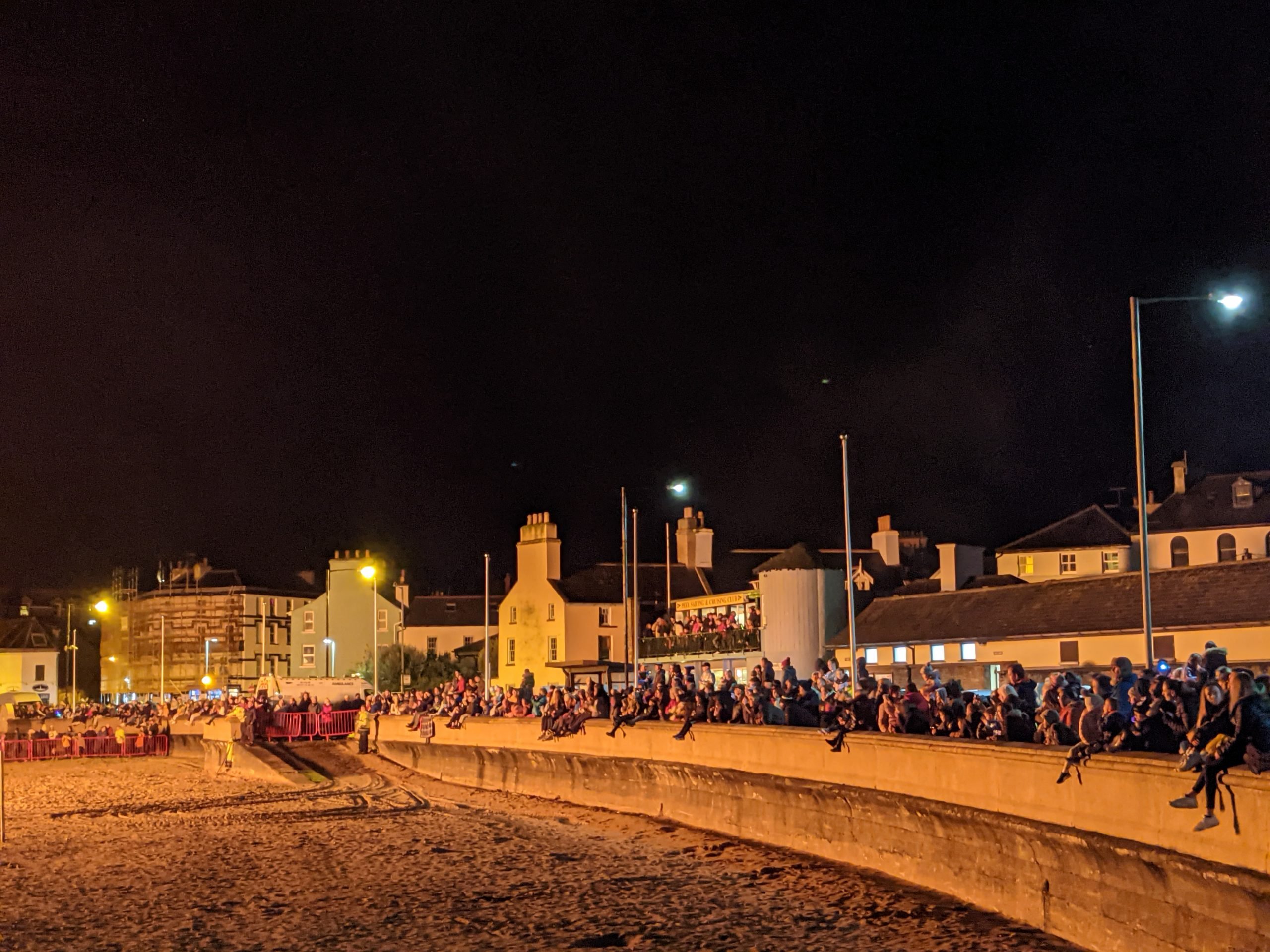 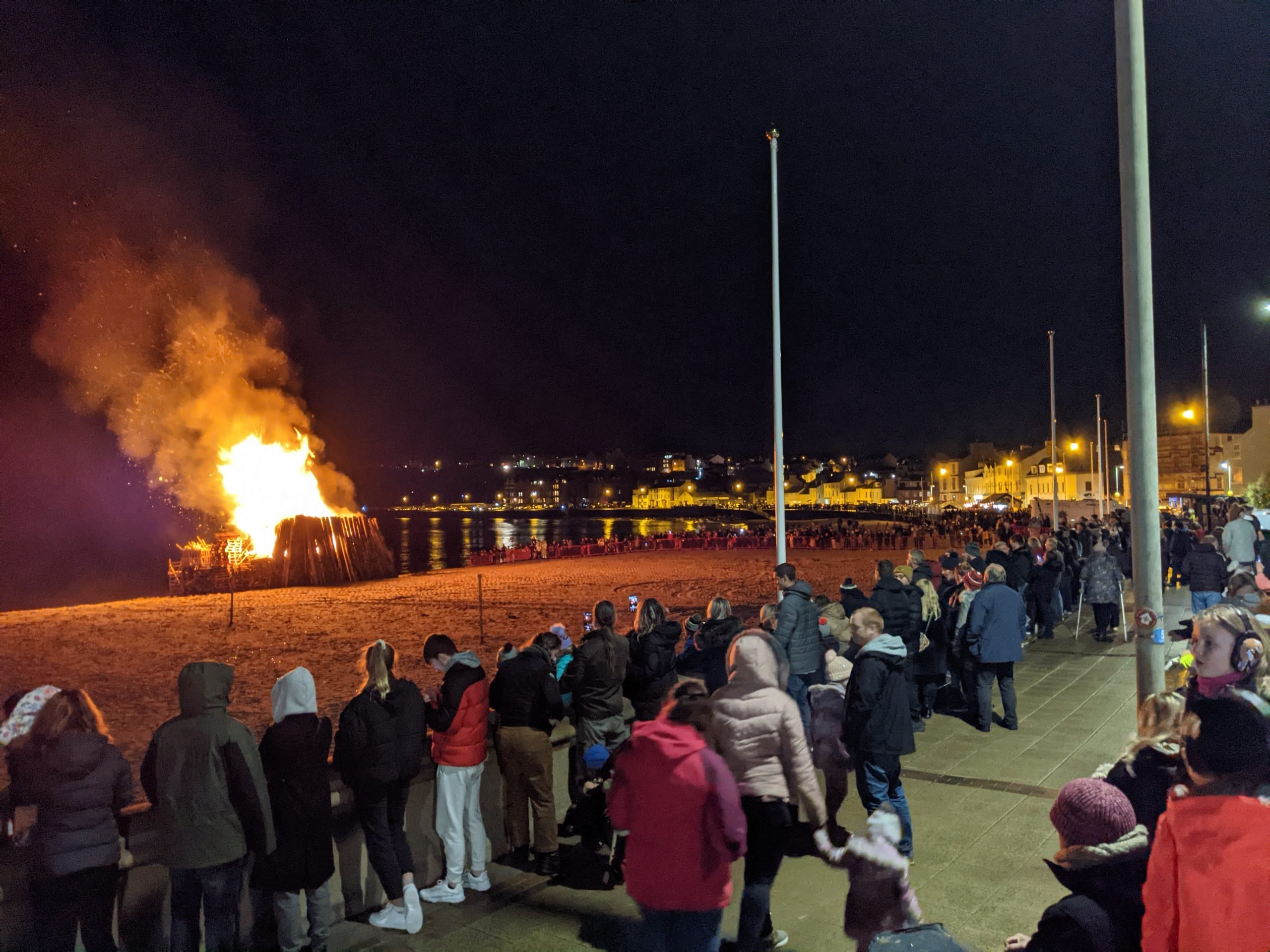 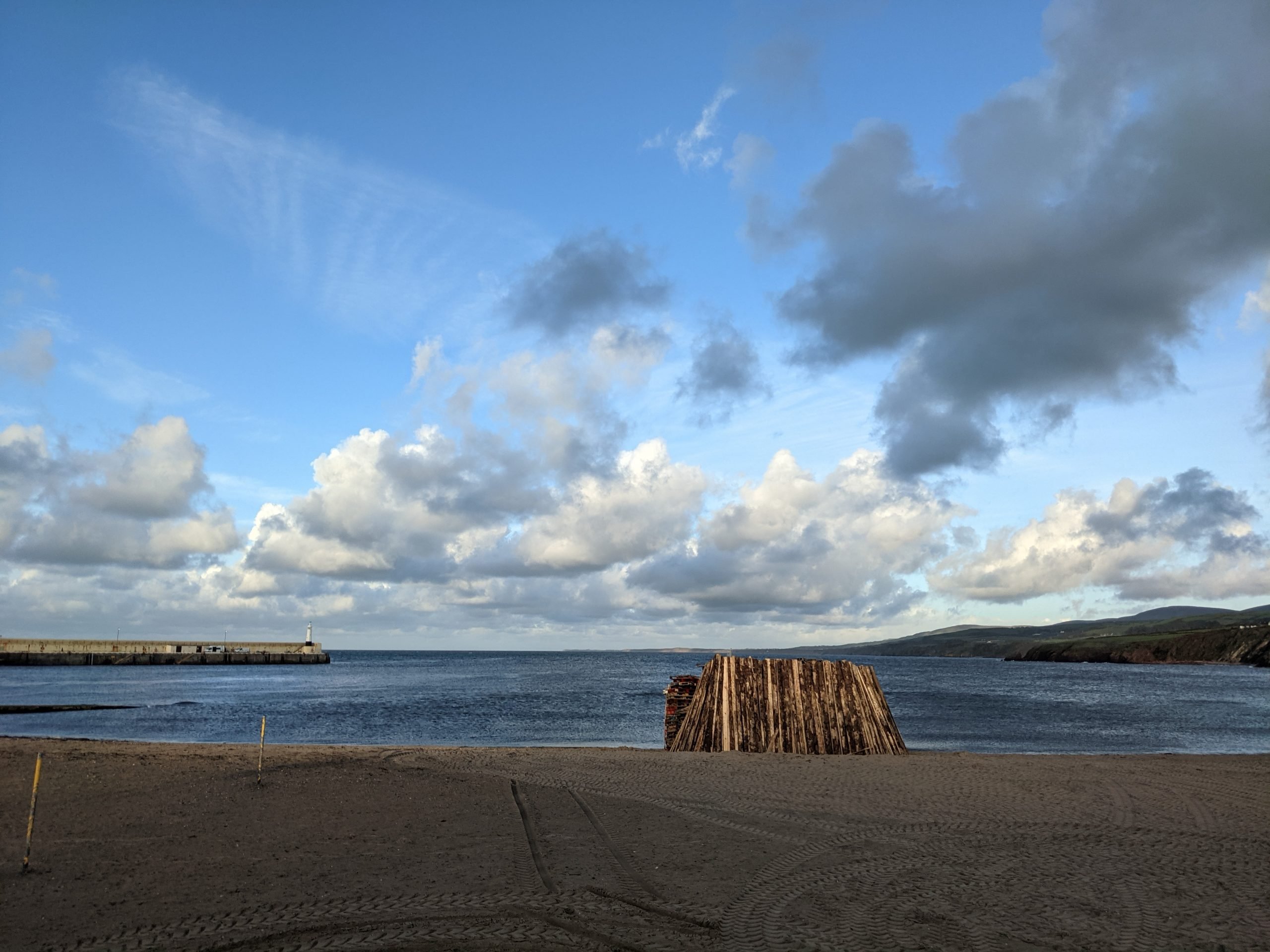 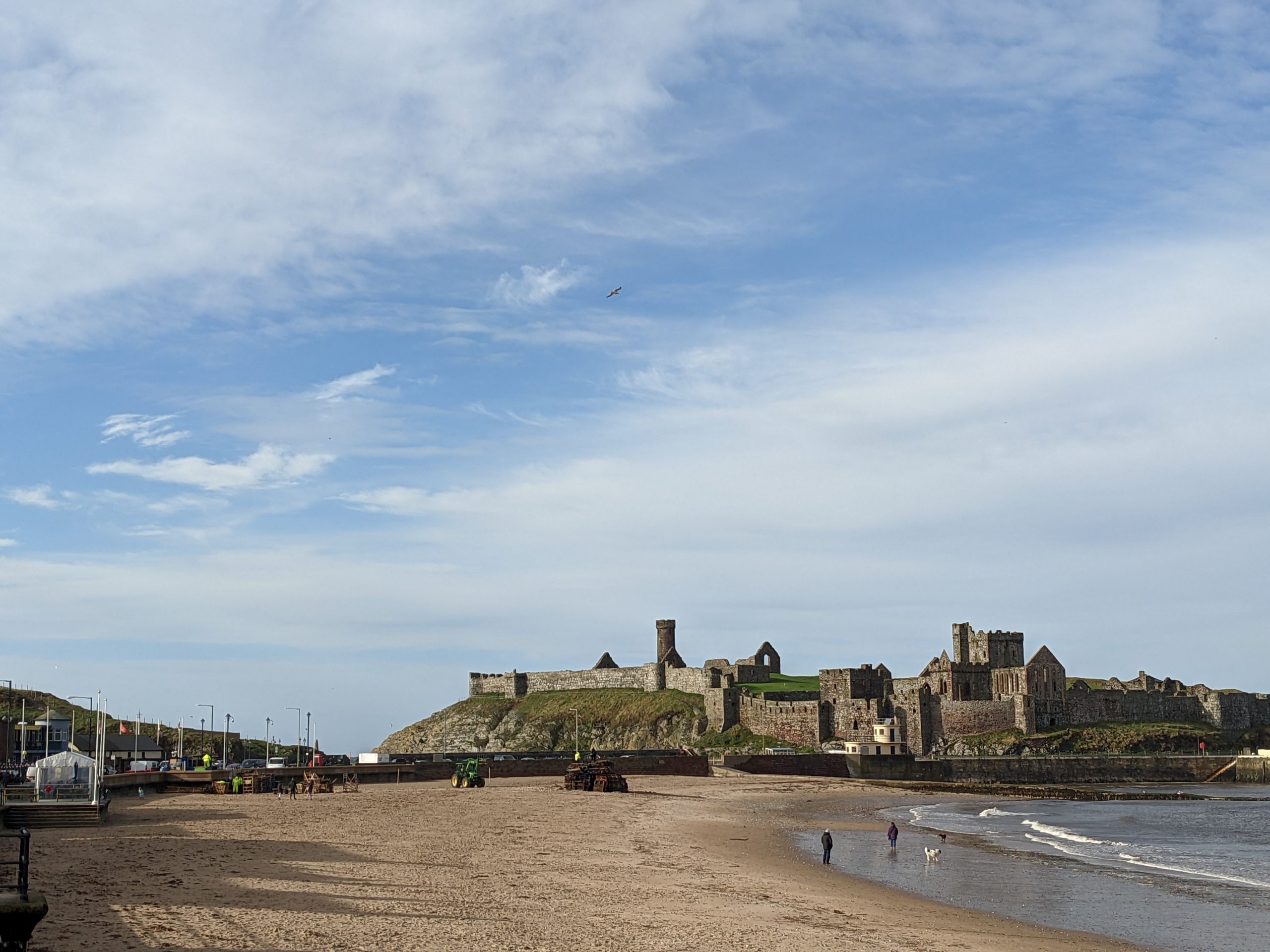 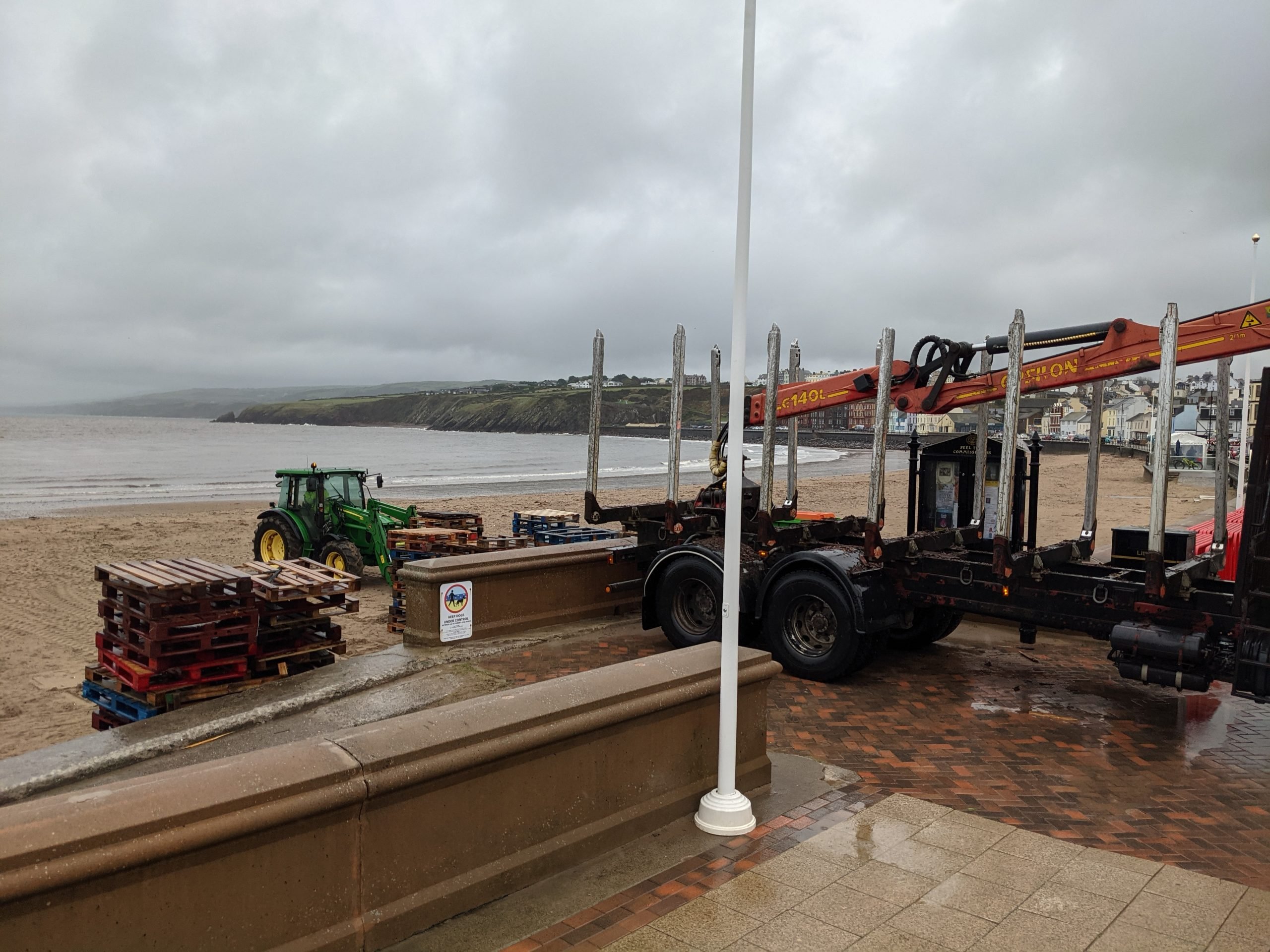 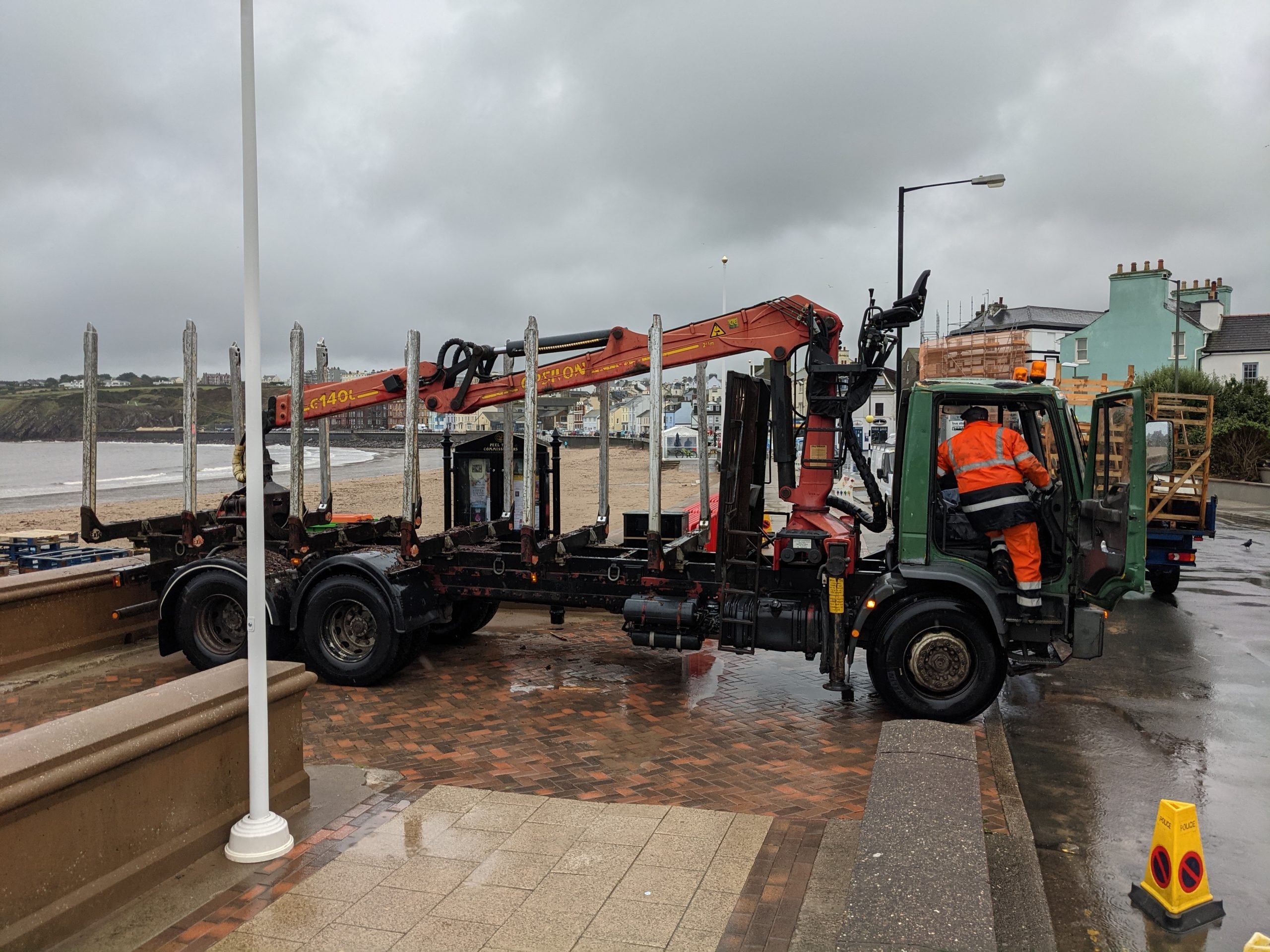 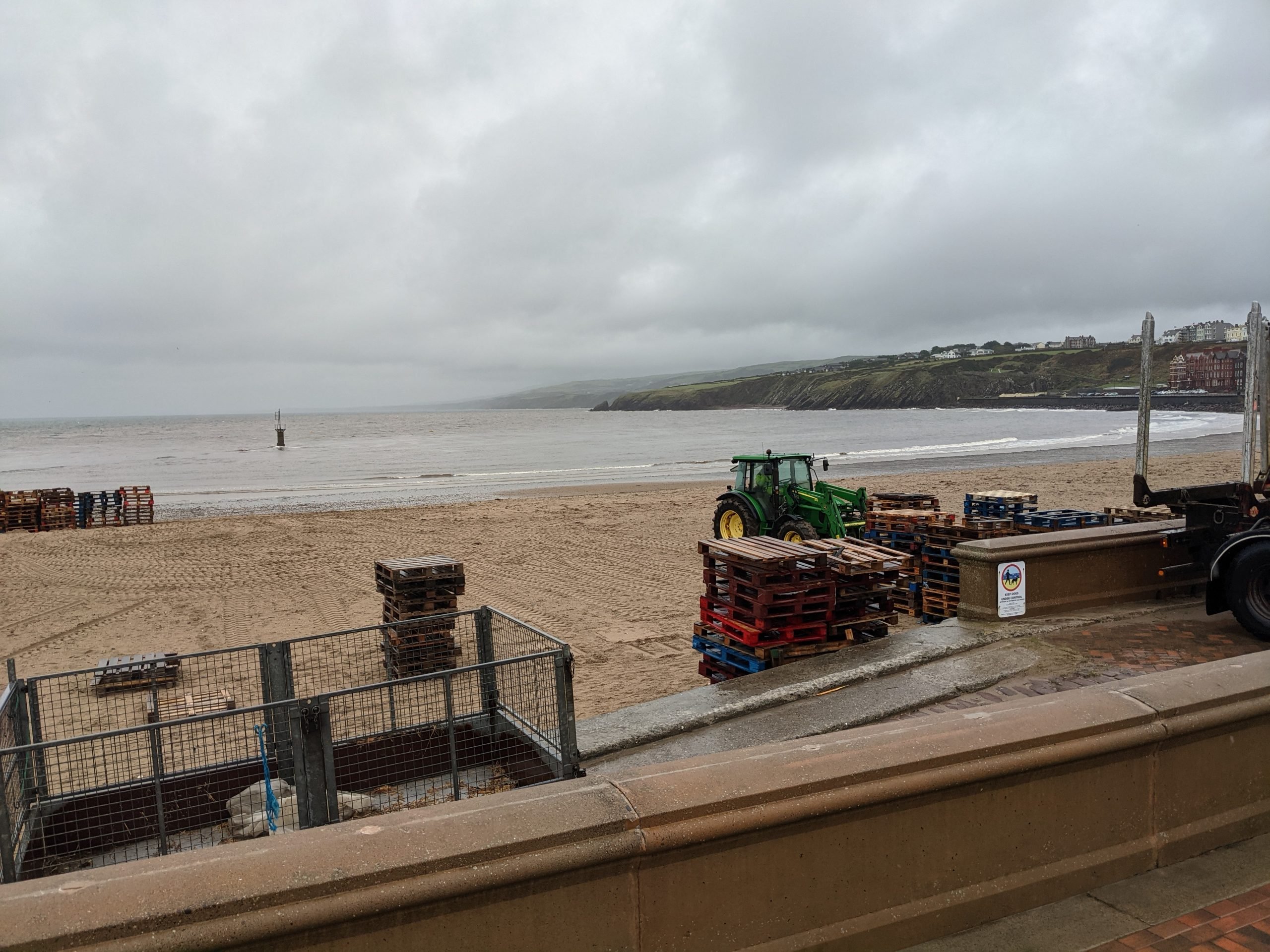 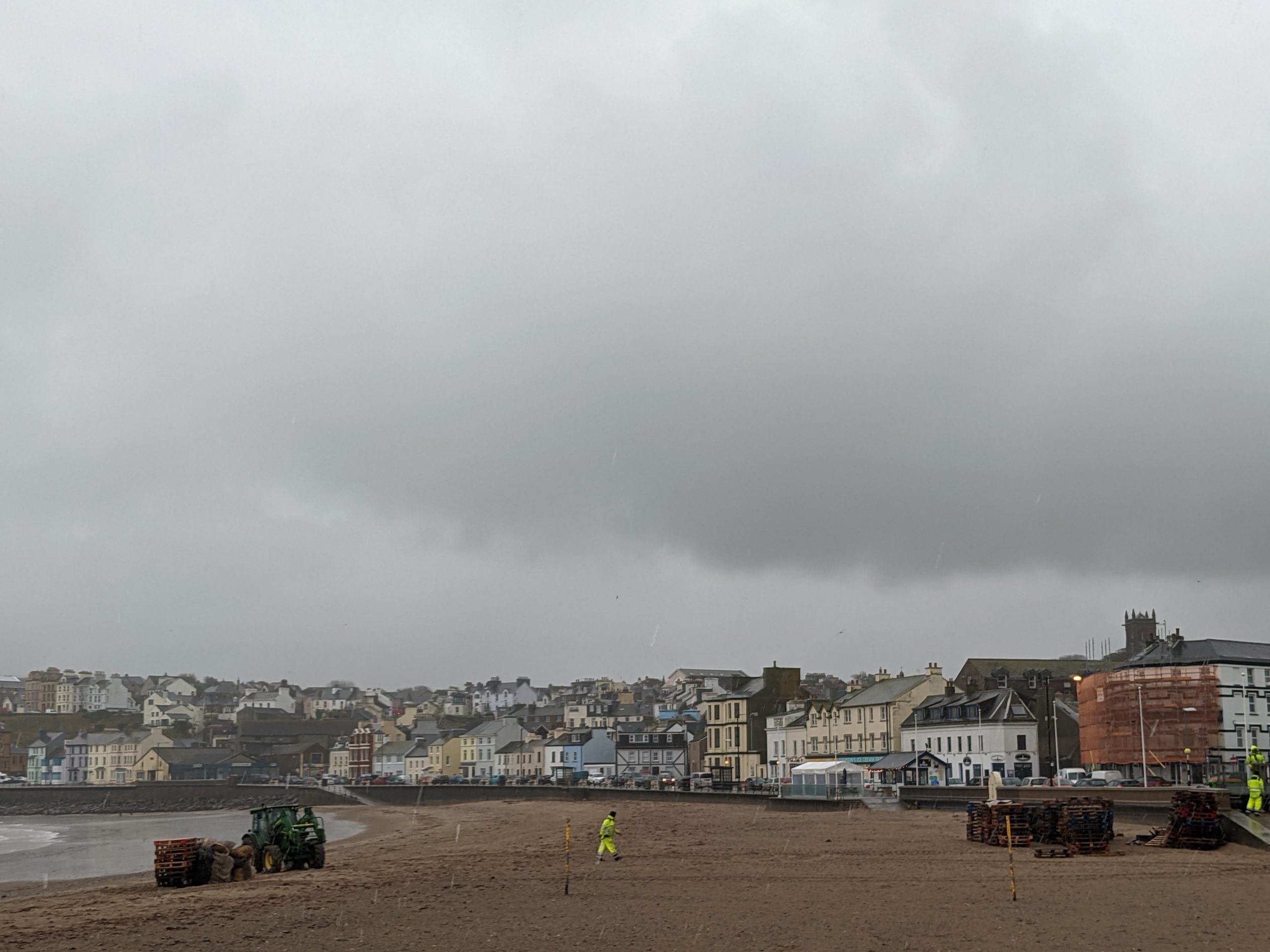 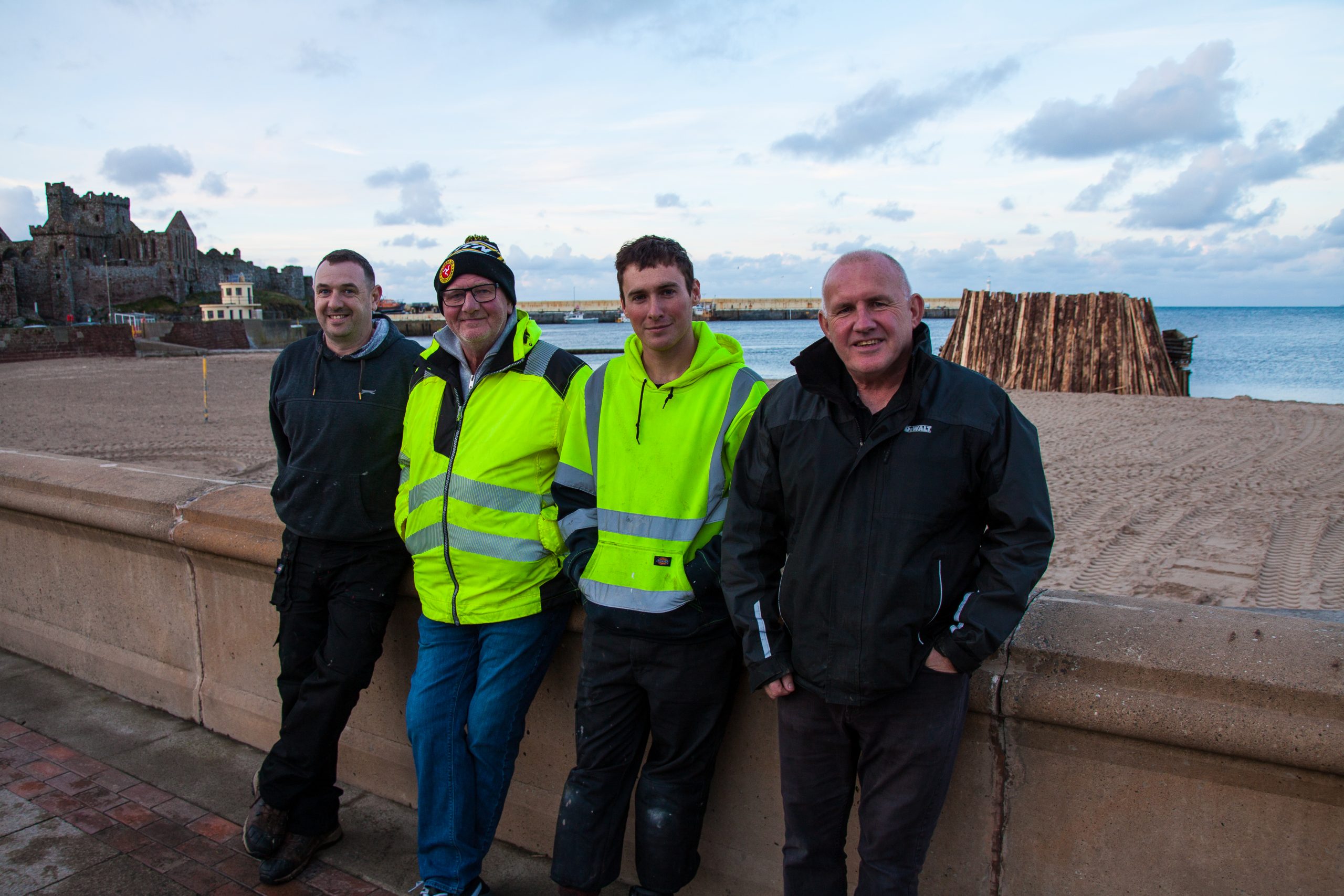 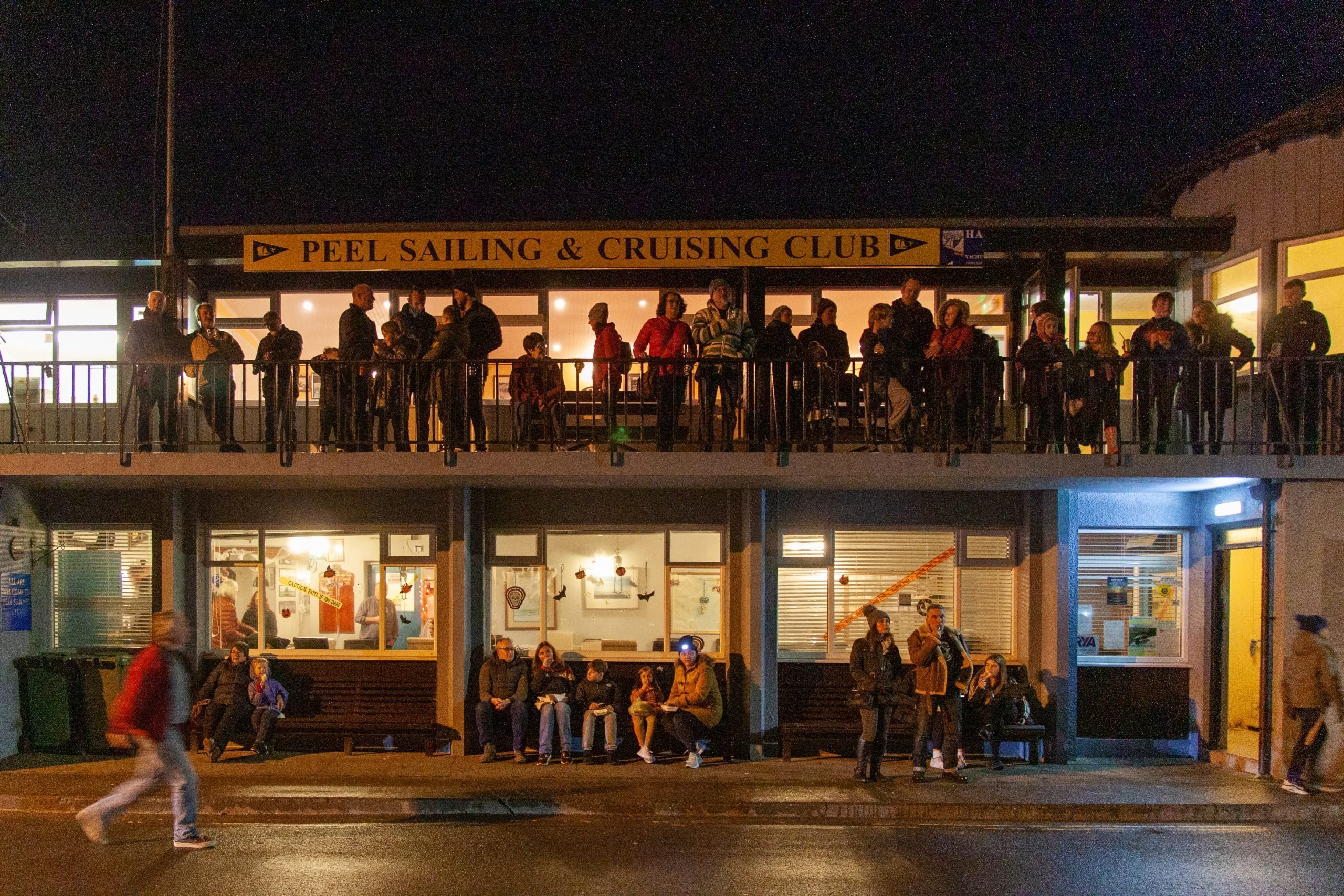